In the magical land of gadget blogs, and increasingly the mainstream media, fantasy sometimes seems like reality the way things are often reported these days. Credibility, at times, seems to be as rare as sighting a unicorn, or at least tougher to discern. A rumor starts, gets picked up, gets recirculated, regurgitated, and recycled to the point that it becomes what looks mysteriously like something called the truth. For the life of the rumor, and often sadly beyond, it does become a truth. I bet our readers can easily remember rumors and hype that turned into fairy dust once real information on a new product was actually made available. I’ll admit, I’ve fallen prey to that myself as have other GBM writers. 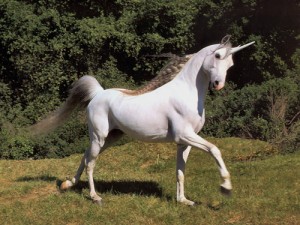 Yesterday, word started circulating about info from a Swedish website, that the cheapest Microsoft Surface Tablet was going to come in around $1000. Well, in the world we live in today, that’s not just news, but that’s enough to spark a gazillion clicks, ad impressions, raging commenters, fan boy wars, more speculation, predictions of Microsoft’s doom, stock market fluctuations, and goodness knows what else.

The tech bloggers, including some pretty reputable outlets, jumped feet first into the frenzy, and within a few hours, there was a new truth about the price of Surface Tablets and Microsoft was doomed. A leading indicator that some were having doubts about the info was to count the number of headlines that had question marks in them. (Microsoft Surface Tablet to Cost $1000?)

Just to be clear, that price point isn’t accurate and has been debunked. (Prices listed were placeholders on the product site.) You can read about that here on techie buzz.

Now, if the information had been true it would have been real news. Since its not, life will move on. There will be some posts debunking the rumor, some outrage, and some derision slopped around. But hey, that’s another series of posts that will generate more hits. Or should. Some will just post and update to the original post and this being the Internet, someone looking for info before Microsoft announces the price will see the headlines and wonder.

So, who is to blame when something like this happens? Well there’s plenty of that to go around. Nature abhors a vacuum, and even though you can say that most things about tech news isn’t necessarily natural, the tech news scene one ups nature when it comes to vacuum abhorring. When a company doesn’t release specific data about price points, release dates, and specs, they leave themselves open to the rumor mill and more than spotty reporting. But is that a bad thing? Not necessarily. Most companies thrive on the rumor mill because its PR that they don’t have to pay for. It increases the hype factor. They all have their ways of leaking info to help the rumor mill churn as well. Apple is a master at this. Apple’s competitors would like to be.

But if you even vaguely pay attention to the gadget news scene you’ll notice that while there is still more fiction than non-fiction out there on many stories, we are seeing “sources” that invariably offer bogus info eventually fall faster than they rise. DigiTimes is a case in point. If you search for the phrase, “according to DigiTimes” you’ll break Google’s servers with the number of results from years’ past. But DigiTimes has largely been discredited and is sourced more rarely now.

Remember there are people out there eager for info on these new gadgets and products. Fortunes turn on how quickly new products are purchased in a way that increasingly reminds me of how a film must perform on its opening weekend. Sad to say, that is what it is, but I don’t think its healthy. And don’t think that some of these half announcements without specific info and rumors aren’t planned and planted by companies competing with each other to create confusion among consumers. They are.

In this week’s earnings call Apple suggested that rumors and inaccurate info contributed to some of its selling woes. I don’t doubt that’s true. But that is only one edge of a double-edged sword that Apple wields at its own discretion. Call it a self-inflicted wound. Common sense should tell anyone who has any, that Apple’s iPhone selling prowess is going to slow as it nears its next release date. The same is true for Microsoft and Windows. Yep, the PC market is depressed right now. Why? Windows 8 is around the corner. Sure it’s debatable as to what the early sales will be on Windows 8 machines, but it makes sense for most folks to play wait and see, leading to the slow down in PC sales.

The bottom line for consumers is to remember that nothing you read is necessarily real until the company making the product puts it up for sale and you can get your hands on it. Press releases and press briefings are all full of good info and at the same time lack info. So do early reviews and hands on impressions. That’s never going to change. Neither is the rumor game, nor the speculation spectacular.