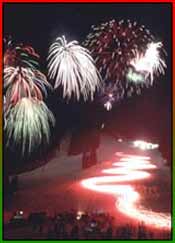 Once upon a time there was much rejoicing in the land, as early plans for Microsoft’s next version of Office (that was in the day before the small ‘s’) would include a feature that would allow documents to be saved natively as a PDF file. Then, word came down from on high that this was not to be. Hearts were broken. There was wailing and much gnashing of teeth. Crowds rioted in the streets. Ok, it wasn’t that bad, but folks were pretty disappointed. Now comes word through the OneNote Extensibility & More blog that a new add-on is available from Microsoft that will allow this “Save as PDF” functionality. The rejoicing can now re-commence and you can check out more info on TechWeb. There is also an add-on to “Save as XPS.”