The company OnePlus is still relatively new in the mobile market compared to others like Samsung or Apple, but its latest OnePlus 3 smartphone has plenty to offer and could make them a household name. Boasting specs that can compete with the Galaxy S7 or HTC 10 at a wallet friendly $399 price tag. Here’s everything you need to know about the OnePlus 3, and all the latest release details.

After months of rumors and leaks the OnePlus 3 was finally announced on June 14th. They aren’t calling it a “flagship killer” again, but it’s a smartphone all Android users should consider. After making two great phones in 2014 and 2015 that were hard to buy, the company learned from their mistakes and released this phone instantly, and new color options will quickly follow.

Read: OnePlus 3 vs OnePlus 2: What We Know

Rather than months long pre-orders, invite systems with devices selling out and having none available to those who want it, OnePlus took a different approach this year. The new 5.5-inch powerhouse smartphone was available the same day for the impressive price of only $399 with 6GB of RAM and 64GB of storage. Besting anything we’ve seen from all other Android manufacturers in 2016. Here’s a quick video, then read on for all the details.

Back in May the company confirmed there would be no invite system this year with the OnePlus 3, which was exciting news for fans of the brand. However, no one expected it to go on sale the same day.

The new OnePlus 3 sports a large 5.5-inch 1080p HD AMOLED display, which promises to be much better than last year. It’s powered by a Quad-core Snapdragon 820 processor (same as the Galaxy S7) but with 6GB of RAM for blazing fast multi-tasking, has 64GB of internal storage, and touts a new and improved lightning fast fingerprint scanner, 16 megapixel rear camera with optical image stabilization, USB Type-C port for charging, and a new “Dash Charge” technology capable of charging the 3,000 mAh battery from 0-60% in only 30 minutes. It has everything a high-end flagship phone would, but for half the price.

The new OnePlus 3 was announced on June 14th using a virtual reality app from the Google Play Store, and the release date is June 14th too. Shocking, right? No long lines, invite systems and failed attempts to get the phone this year, it’s straight up available to buy as we speak on the Loop VR app, as well as OnePlus.net. 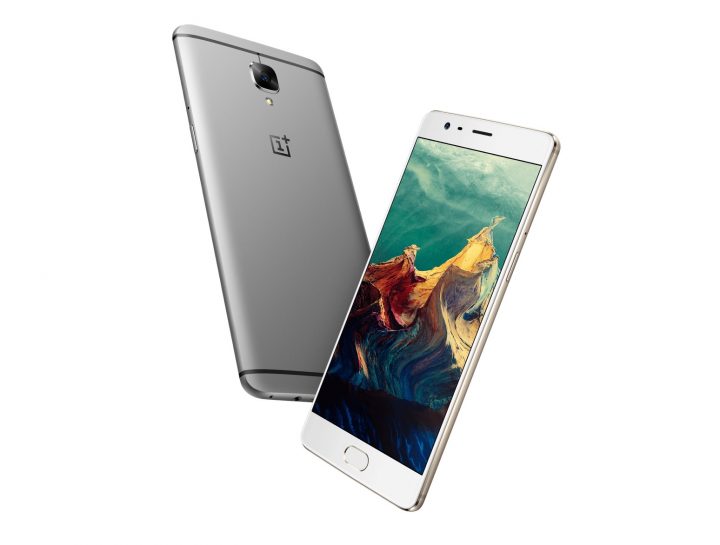 Essentially the OnePlus 3 has the same screen size as the Galaxy S7 Edge, similar internals but with more storage and RAM, pretty good cameras, fast charging, a fingerprint scanner, a full unibody aluminum design (HTC One M8 anyone?) and more all for $399. Making it go head to head with Samsung’s $800 Galaxy S7 Edge. That alone should have potential buyers interested. It’s worth nothing it doesn’t have any water-resistant features or a micro-SD slot.

Users can buy the OnePlus 3 as of June 14th the United States and Europe through OnePlus.net for $399, EUR 399 and GBP 309. It arrived in India, China and other parts of the globe as well on June 15th.

And now, a little over a month later with inventory low online, the company just announced another option. They are now selling another OnePlus 3 in a different color variant, “soft gold” which is available for the same price as we speak.

We detailed the OnePlus 3 above when it comes to specs, features and how it compares to the competition, but for those who’d like a breakdown here is everything is has to offer. In the end it has nearly everything that all flagship smartphones have in 2016, but at half the price. It’s a pretty compelling package.

As you can see above the OnePlus 3 sounds pretty good. It has a better display than last year, improved specs, no features missing (aside from maybe the micro-SD slot) and a better design, camera, fingerprint scanner and fast charging technology all in a sleek package.

So the OnePlus 3 looks great and you’re interested, but will it work with your carrier? Well, the OnePlus 3 is being sold completely unlocked on their website, as well as others like Amazon. This phone is an unlocked global GSM phone, similar to the Moto X Pure Edition and many other unlocked phones.

Carriers in the United States won’t have it in stores on on shelves, but it will work with essentially everyone but Verizon Wireless and Sprint. They use a technology called CDMA, which is incompatible. 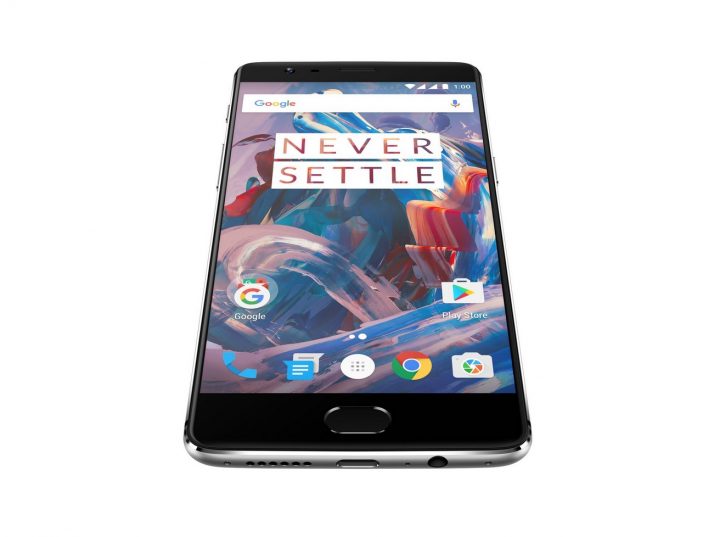 Those on AT&T, T-Mobile, Cricket, MetroPCS, and GSM carriers will be able to pickup the new OnePlus 3 for just $399, drop in a SIM card and be good to go. It will also work with a wide variety of carriers around the globe and in other retail locations.

Again, the OnePlus 3 is available from multiple outlets as we speak, just arrived in a new Soft Gold color option, and is still $399. Here is our full review, as well as some excellent accessories and cases. Buy one today.