All summer long and as far back as early March reports and rumors have been floating around about the all-new OnePlus Two smartphone. A device rumored to take on or beat the Galaxy S6, iPhone 6s, LG G4 and more. Today though, just before the rumored launch date, the phone has fully leaked.

Over the course of the past month the company has been teasing specs and aspects of the device one at a time. Revealing the 8-core processor, an impressive camera, fingerprint scanner, and that it will be smaller than last years model but have the same big and bright 5.5-inch display. Today though, all the rumors have been put to rest.

OnePlus is a relatively unknown brand that had a randomly successful smartphone last year, the OnePlus One that retailed for only $299 yet took on most of the flagship $600 smartphones on the market. Here in 2015 they have something even better in the works, and now we know what it looks like. 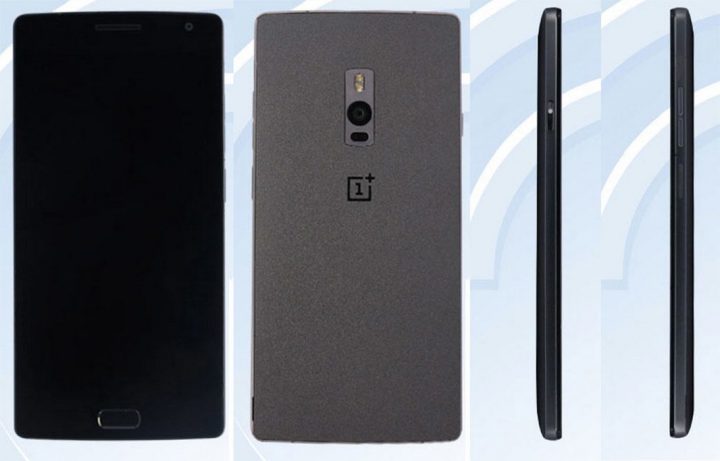 Similar to the FCC in the United States, the all-new OnePlus Two smartphone has been spotted at the Chinese wireless regulator site Tenaa. And while we still don’t have all the details and specs of the phone just yet, this leak gave us our first look at the actual hardware of the phone. The full final design is what you see above.

Prior to this leak all we’ve had are rumors and concept photos that obviously weren’t the real deal, and an image that OnePlus released themselves claiming the OnePlus Two was hiding under the device from last year. Suggesting it had the same big 5.5-inch screen but that the company slimmed down the design and bezels to make it more portable, and easier to hold.

What we see above is our first actual look at the all-new OnePlus Two, if the image is accurate. It comes in the same stunning (you need to use it, to truly enjoy it) Sandstone Black color, with a very unique texture that users loved. Oddly enough on bottom the phone appears to have a physical home button, very similar to the Galaxy S6, which will likely house the fingerprint scanner for enhanced security, easier logins, and Android Pay later this year. 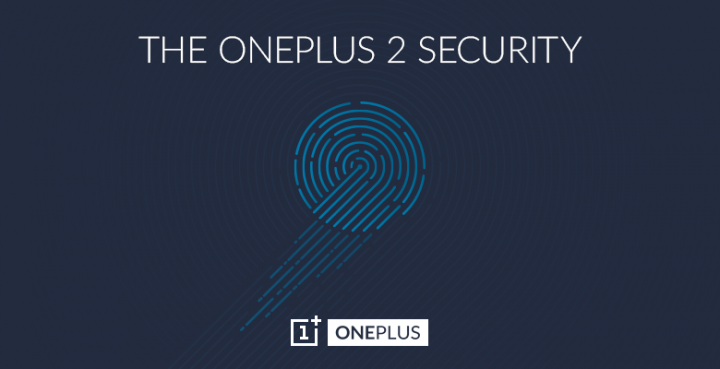 OnePlus claims the “Two” will have a lightning fast and accurate fingerprint sensor. One that’s better than TouchID on the iPhone, and faster than the Galaxy S6. Pretty bold claims from the relatively unknown manufacturer.

It appears that they’ve ditched the capacitive touch buttons like the original, or the HTC One M9, and instead will have on-screen buttons or hardware buttons to the left and right of the home key, similar to a Samsung smartphone. Looking at the leaked image we also see what appears to be the volume up/down and power key to the right, with a dedicated camera shutter button (or a micro-SD slot) on the left edge to control the improved 16 megapixel camera.

Judging from the photo this device appears to have a 5.5-inch display, and if accurate, it could have some sort of laser auto-focus under the camera, similar to the LG G4. Not to mention the dual LED flash above the lens.

The image also confirms the back will be removable, which will aid in customization, not to mention a removable battery and a micro-SD slot for expandable storage.

From what we’re seeing it appears that the all-new OnePlus Two will be a mash-up between the original OnePlus, the LG G4, and the Galaxy S6. The official launch date is set for July 27th, so we’ll know all the details, pricing, and release date soon enough.