Last month it came to light that Microsoft had a problem with OnLive Desktop, the app that puts the Windows desktop on the iPad and Android tablets. Now it looks like the two companies have settled their differences.

The issue with OnLive Desktop was the app previously offered a virtualized Windows 7 desktop to users for free. Microsoft doesn’t allow virtualization of Windows 7 unless each individual user has a license for the OS, which OnLive Desktop didn’t provide.

According to Ars Techinica, to fix the issue, OnLive changed the virtualized desktop from Windows 7 to Windows Server 2008 R2. Microsoft does allow for virtualization of Windows Server to users that don’t have individual licenses. 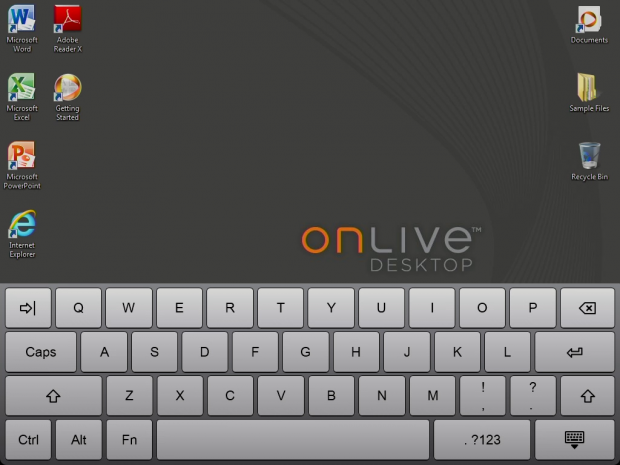 The switch also fixes issues that Microsoft had with Office being offered on the virtualized desktops.

End users likely won’t notice much of a change. OnLive Desktop still looks just like Windows 7 and functions essentially the same. The only differences are the keyboard and the loss of Aero Peek (the button in the bottom right of the screen that shows the desktop).

The new OnLive Desktop keyboard looks very similar to the iPad keyboard, even on Android tablets. The new keyboard is a lot nicer than the default Windows 7 keyboard that was available previously, but it lacks handwriting capabilities that were present in that keyboard. Handwriting was a feature of Windows 7, and isn’t included in Windows Server 2008 R2.

All the other features of OnLive Desktop are still present after the switch. The app still offers Internet Explorer with Flash for web browsing if you pay $5 each month. Free users can still use Adobe Reader and Microsoft Office on the virtualized desktop.

OnLive Desktop is not perfect as it requires constant Internet access, but for now it’s one of the only ways to get Microsoft Office on the iPad.