After having confirmed that the iPhone 5 will be hitting its networks next month at its UNcarrier media event, T-Mobile USA has confirmed that it will only be stocking the 16 GB model of the iPhone 5 at its stores. The more expensive 32 GB and 64 GB variants of Apple’s current flagship smartphone will only be sold through T-Mobile’s web portal online as well as directly through Apple, according to a report on TmoNews. 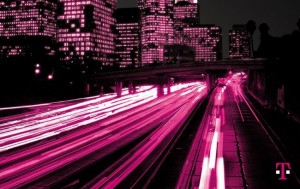 With the UNcarrier announcement, T-Mobile announced that it would stop subsidizing smartphones. Instead, consumers can put down a deposit and make interest-free payments to own the phone. The other option would be to pay for the full retail price of the phone.

And according to calculations, going through at least one month of interest-free financing for the iPhone 5 through T-Mobile and then paying off the balance after one month would be cheaper than paying the full retail price through Apple. Here are the calculations that were made by TmoNews:

The iPhone 5 on T-Mobile will compete against the likes of Android flagships such as the HTC One and the Galaxy S4 from Samsung. All devices will support T-Mobile’s 4G HSPA+ network as well as the new, fast 4G LTE network where available.

The blog mentioned that “it’s unfortunate that the 32GB and 64GB won’t be available in retail stores right from the start,” suggesting that perhaps in the future, T-Mobile will stock the larger capacities in its stores.