That’s right, if you are one of the few people in the US that don’t already have a contract or lucky enough to have an expired contract, you can get what I BELIEVE is one of the top 5 smartphones on the market right now. You can grab the AT&T Samsung Galaxy S II for NINETY SIX cents with a two-year contract, including a data plan.

The Galaxy S II is in my top 5 right now, but with so many hot phones like the HTC Titan and Galaxy Nexus coming soon, it might not be next month. 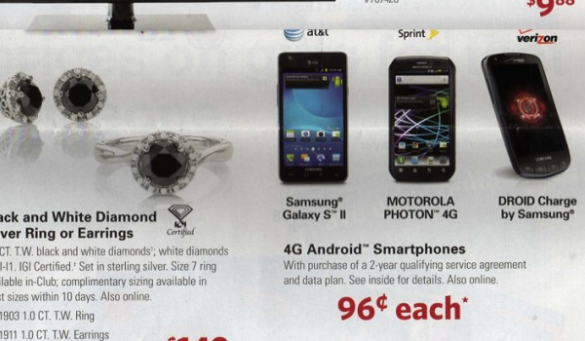 If you can take advantage of this deal, it’s awesome, but how many people out there really can. I am sure we’ll have to wait on this one to know what a “Qualifying” service agreement is, but if it’s anything like the nice deals Amazon offers, you’ll have to be a new customer.