Today, AT&T announced that it would be bringing the well-known Optimus One to its airwaves in the form of two devices called LG Thrive and the LG Phoenix, phones that will be attractive to those not wanting to break the bank paying for a smartphone. 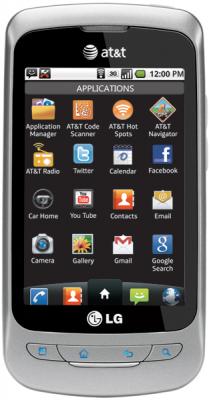 The LG Phoenix and the LG Thrive are both derivatives of the affordable Optimus One which is widely known as a great device for its low price tag. The devices will both sport a 3.2 inch touchscreen, a 3.2 MP camera, a 600MHz processor, and they will both have Android 2.2 on board out of the box.

The LG Phoenix will require a two year contract and because of that, it will cost $50, which is downright cheap for a phone of this caliber.

As for availability, the devices will officially launch in 5 days on April 17th.