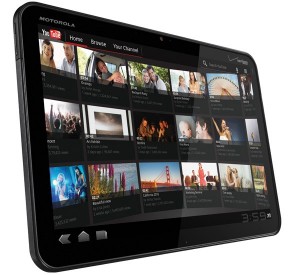 The earlier news that the Motorola Xoom will be priced at $799 may be premature. Engadget has uncovered both a launch date and a tip that it will be priced at a lower $699.99. But will it be enough to quell the critics?

So the presumed launch date is February 17 according to documentation from Best Buy. A related tip points to a price of $699.99. Still $200 above the iPad’s starting price, but it is competitive. Droid Life has a comparison chart pitting the Xoom ($700) against the 32GB iPad 3G ($730). The Xoom tops it pretty much across the board making it the better deal, if you were going for that model of iPad,

The problem with the pricing is not that it’s high, but that there’s no “entry level” for casual users. Mobile broadband is becoming a necessity for phones, but it’s still a luxury for anything bigger and a turn-off for folks who don’t want to pay for yet another data plan. Copious amounts of storage is critical for power users, but not for everyone else. So while the Xoom is clearly the more feature-rich tablet, it’s not priced to win the hearts and minds of the masses, nor does that seem to be the intent.