The ORA: Ultimate Sound System for iPad is a Kickstarter project that fixes one of the most glaring deficiencies of every version of the iPad since day one – the miserable sound quality.

This case adds a much louder speaker system along every edge of the iPad and promises to improve the iPad’s sound for gamers, movie and video watchers and music lovers.

The ORA: Ultimate Sound System for iPad launched on Kickstarter November 19 and will end on December 30. The makers hope to reach a goal of $450,000 and will hopefully ship sometime in June 2013.

At first the case will only work with the iPad 2 and the New iPad 3rd generation. They want to also offer versions for the iPad mini and iPad with Retina Display 4th generation after the project finishes.

The ORA will add some weight and thickness to the iPad. The user inserts the iPad into the ORA after removing the front grill, which then screws back into place from the back. 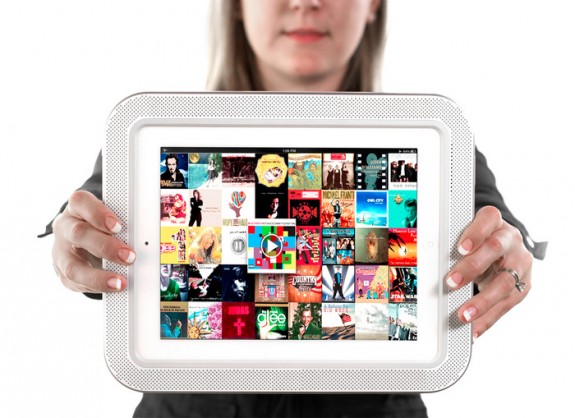 The ORA speakers surround the iPad. The sound comes from the iPad through the 30-pin dock connector. They claim five times the sound level of the iPad’s built-in speakers. The frame houses 8 THD speakers at up to 16 watts of peak power. 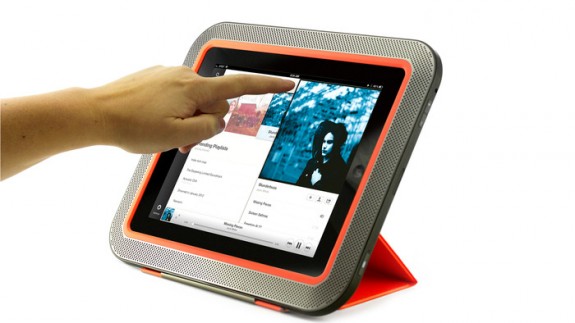 The optional cover works much like the Apple Smart cover. It opens to create a stand that holds the iPad inside the ORA at one of two angles.

The ORA also comes with its own battery giving the user up to 10 hours of sound. Since it connects via the 30-pin dock connector,users can charge the iPad and the ORA at once. 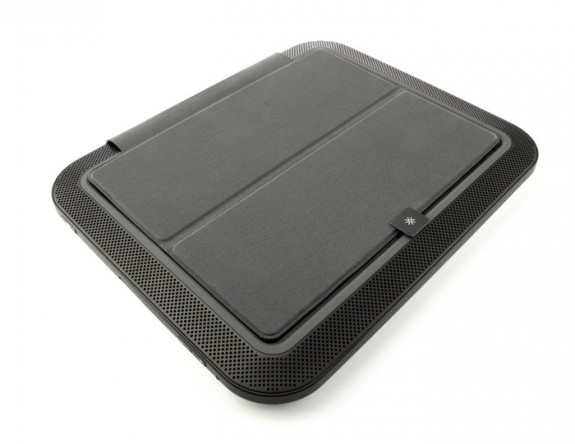 Kickstarter Pledge Levels for the ORA

To get involved in the Kickstarter project of the Ora for iPad backers will need to pledge from $10 to $199. Here are the various levels and what the backer gets for their investment: