Nike’s next-generation fitness accessory isn’t arriving until November 6th but that doesn’t mean users have to wait until then to get a few new features. Nike has confirmed that it will add a few new functions to its original FuelBand as it launches its followup.

In the interview with Pocket-lint a Nike executive made it pretty clear that users with the first-generation Nike+ FuelBand don’t need to rush out and buy the latest version if they are considering holding off saying, “Original Nike FuelBand gets all the new features where possible.”

According to the outlet’s post that means that original FuelBand users can expect a software update that delivers the newly refined detection algorithms and the ability to double tap the device’s button and see the time. Users can also look forward to support for Sessions, though they’ll have to rely on the application instead of the FuelBand to calculate Sessions for them.

Sessions allow users to get a snapshot of the amount of calories they are consuming.

Fuelband users will also use the newly updated Nike+ for iPhone application that users of FuelBand SE get access to. 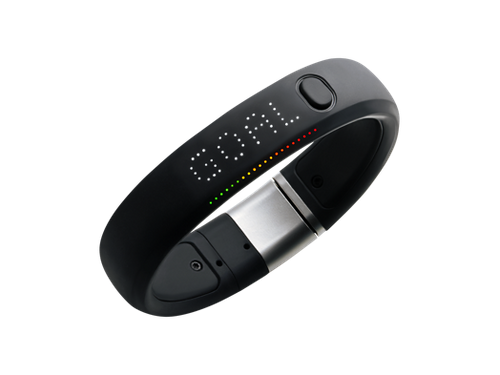 Of course, there are still features that will only come with a hardware upgrade thanks to the difference in Bluetooth radios included in each device. While the FuelBand SE includes Bluetooth LE technology that allows it to communicate with smartphones while conserving battery power, the original FuelBand doesn’t. Unfortunately, that means that users who download the software upgrade shouldn’t expect that they’ll get the hourly alert features of the FuelBand SE.

Nike announced the Nike+ FuelBand SE at an event in New York City earlier this month. The device is also completely waterproof. That’s in addition to having Bluetooth LE technology. Users can also purchase the FuelBand SE in a black, pink, red and yellow.

Both the FuelBand SE and the software updated for the original FuelBand will roll out to users beginning November 6th. The FuelBand SE will cost users $149.