The OS X 10.11.1 release date is close according to a new report that includes details about a major fix for OS X El Capitan problems, including an  essential fix for Microsoft Office 2016 Mac users who upgraded to OS X El Capitan.

It appears that Apple is working with Microsoft to deliver a fix to systems that will allow Office 2016 users to finally run Word, Outlook and other apps on Mac without crashing. 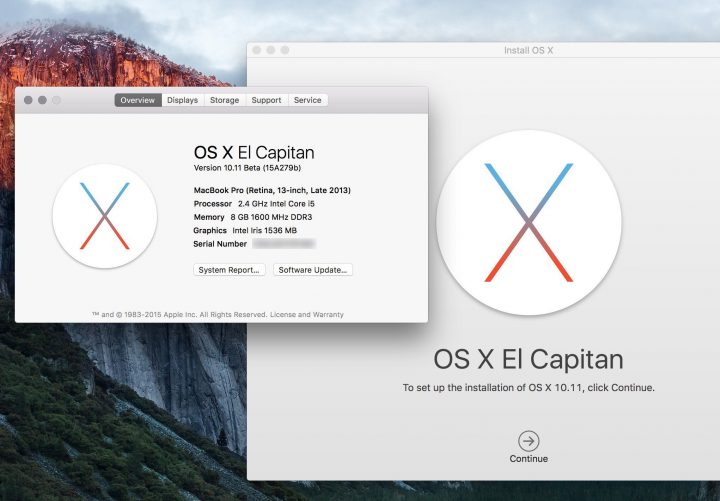 Although not the sole focus of OS X 10.11.1, this would be a major OS X El Capitan problem to fix for businesses and other Mac Office 2016 users.

In a report Friday MacRumors reports that the OS X 10.11.1 release date is coming soon and that it will include a compatibility fox for the Mac Office 2016 problems in OS X El Capitan.

Although Microsoft updated Office 2016 for Mac last week, the company was not able to deliver a fix for these crashing problems.

There is no specific OS X El Capitan 10.11.1 release date or time. We could see the new OS X come near the iOS 9.1 release date as both updates add new Emoji to the iPhone, iPad and Mac — including a middle finger emoji.

In addition to emoji, the update will solve other OS X El Capitan problems including missing server information in Mail and other Mail problems, as well as other fixes and performance improvements.