Apple is introducing a new app for its desktop operating system called Maps. Now, just like on the iPhone and iPad, desktop users can have access to maps on their Mac and MacBook. It’s a nice interface, and Apple is hoping that the native app will allow its home-built Maps application to compete against Google’s browser-based Google Maps. 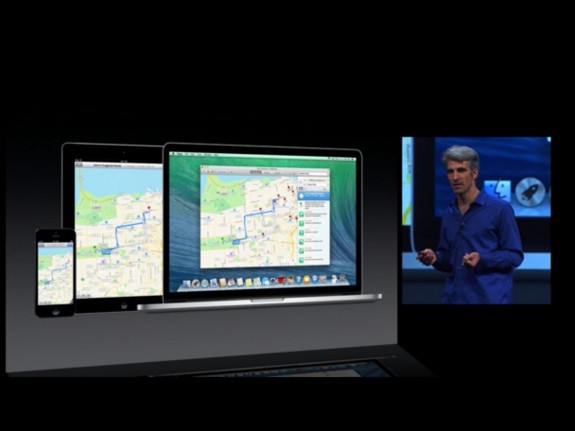 The Maps app also ties into the Calendar application as well, adding in travel time as well to the location destination. Also, Calendar will also suggest different nearby locations if you are scheduling a lunch meeting. 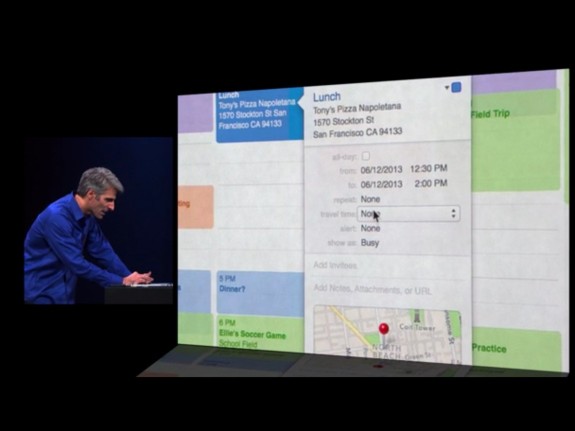 The nice thing about the Maps app is that you can begin researching and searching your travel plans with the spaciousness of a desktop. A full keyboard, mouse, and larger display are all conducive to better researching local destinations, points of interests, and places to explore. After you’ve found your destination, you can send your mapping information to your iPhone and take your navigation on the road and in the car.

This way, users don’t have to write down the address and re-enter the address that they’ve found on the desktop into their phones at a later time. Sending navigation destinations to the phone is an extremely convenient feature for mobile users.