The OS X Mavericks release approaches as Apple rolls out Developer Preview 5 to users that are testing the new version of Apple’s OS X system.

We could see the OS X Mavericks release date arrive in line with rumored new MacBook Pro models which could come in October.

One of the biggest additions to OS X Mavericks Developer Preview 5 is the new iBooks app for Mac. With this release users can now view their iBooks on a Mac, syncing progress between devices and even opening multiple iBooks at once on a Mac. 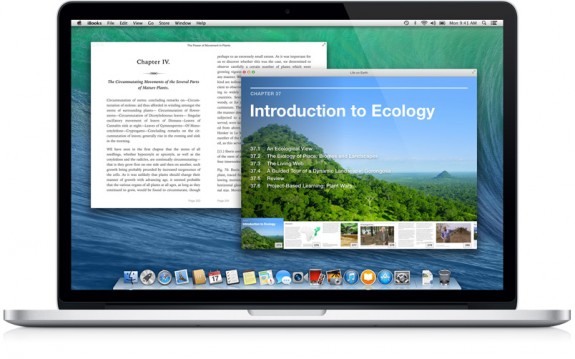 OS X Mavericks beta 5 also includes a new version of iPhoto which is in place to help test iPhoto with the new operating system. Users may need to turn Photo Stream off and back on to get everything up and running after this update. There are also other enhancements to the operating system which users will likely discover as they spend more time with the system.

Apple warns that Adobe After Effects CS 6 may not function properly in this release and Aperture may crash when exporting photos in full screen.

The release comes as Apple recovers form a Developer Center outage that took software downloads offline for a little over a week. Apple released the Developer Preview 4 during the outage, so it does not appear to have slowed down the release schedule.

OS X Mavericks is slated for a release later this year and will be compatible with Apple computers as far back as 2007 for some models, while others require a MacBook Air, Mac Mini or Mac Pro that is newer.

Apple did not announce OS X Mavericks Update pricing when it first showed off the new operating system, but it could arrive as a $20 update in the Mac App Store.