Today we expect to see OS X Mavericks details arrive, and while the OS X Mavericks release date may be a few days out, Apple quietly pushed out a slightly newer build of the OS X 10.9 Gold Master.

Apple first delivered the OS X Mavericks GM on October 3rd. A GM or Gold Master is typically the final version of a new operating system that developers and partners can test ahead of the official release. This is the culmination of a lot of work, and allows for a last check against hardware and the apps that will run on it.

Most of the time there are no changes from the GM release to the official public release. When the IOS 7 release arrived it did so with the same build number as the IOS 7 GM. This week Apple delivered a new OS X Mavericks GM to devices which installed OS X 10.9 or upgraded from OS X 10.8 with a higher build number. 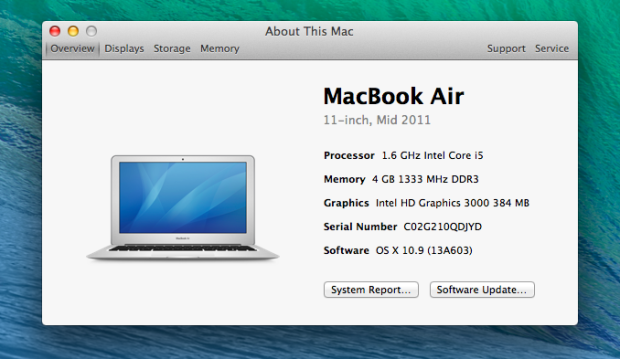 A MacBook Pro running the original OS X Mavericks GM shows a build number of 13A598, while a MacBook Air upgraded to OS X 10.9 this week shows a higher 13A603 build number. Apple does not mention the update in the Mac Developer Center and has not made the small version upgrade available to users on a current OS X Mavericks GM.

After spending a day with the new build of OS X Mavericks it is not clear what changes Apple delivered. Both of these versions support iCloud Keychain and the numerous new OS X Mavericks features so it is possible Apple found a small bug that it wanted to fix ahead of the release, in order to avoid a swift upgrade to OS X 10.9.

Users can watch the Apple special event at 10 AM Pacific, 1 PM Eastern today live from an Apple computer or iOS device to see new iPads, new Macs and likely the rest of the OS X 10.9 release details.