The new Defender Series case for iPad mini features a hard shell that covers the back, sides, and bezel of the new 7.9-inch tablet. The case also includes a screen protector to keep the screen safe from scratches and fingerprints.

Like every Otterbox case, the Defender Series for iPad mini covers every port on the device, but allows for easy access to each of them. Every open port has a silicone case that covers it to keep out dust and moisture, though the speakers are left open. 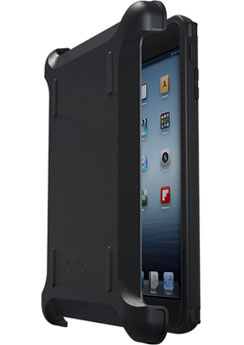 The Defender Series also comes with a shield that adds further protection to the screen beyond the polycarbonate protector. The shield also serves as a stand to make it easier to watch movies or read books when the device in on a table. The stand only appears works in landscape mode, however.

Otterbox designed the Defender Series iPad Mini on leaks that appeared in the weeks and months before the announcement. Because of that some of the images Otterbox has of the device have an opening for the mysterious hole in the top middle of the iPad mini’s back. The final iPad mini design doesn’t have that hole in the back. 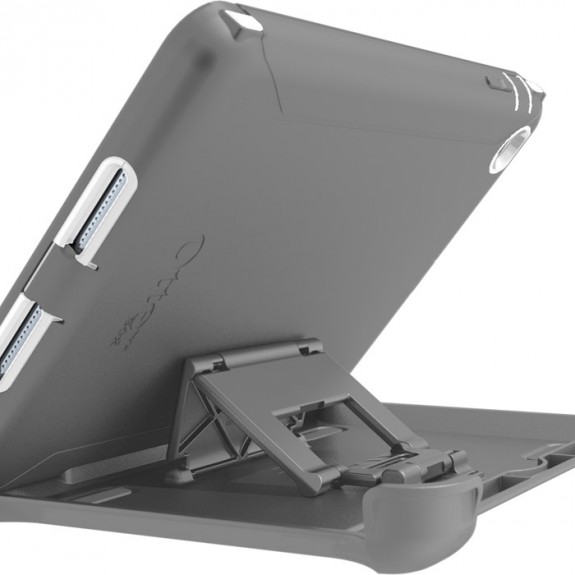 Potential iPad mini buyers can pre-order the Otterbox cases now or sign up for a notification when the cases go on sale. Otterbox doesn’t have an estimated date for when the case will ship yet.