It’s almost like clockwork: any time a major manufacturer launches a new smartphone, Otterbox is there with at least a few new cases. The Samsung Galaxy S4 launch is no different.

Shortly after Samsung’s launch event for the Galaxy S4 started, Otterbox announced that it will bring three of its popular lines to the new smartphone. Otterbox will bring its Defender Series, Commuter Series and Reflex Series to the Galaxy S4. The cases each offer different levels of protection for the smartphone.

The Otterbox Defender Series for the Samsung Galaxy S4 is the highest level of protection Otterbox will offer at release. The case protects the entire Galaxy S4, including the 5-inch 1080p display. Otterbox doesn’t have any images of its case to share, but the Defender Series typically adds a bit of bulk to any phone. 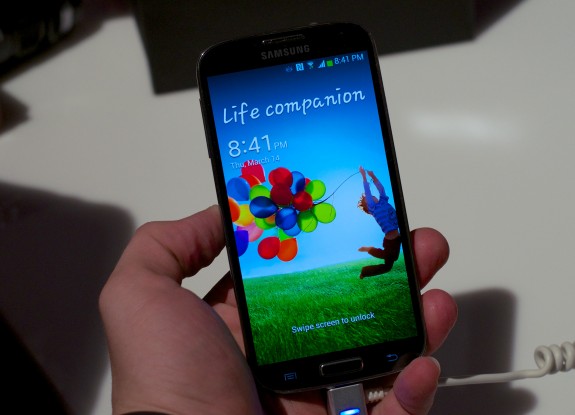 The Otterbox Commuter Series is the mid-range Otterbox case for the Galaxy S4. The case is thinner with a polycarbonate plastic outer shell and a layer of silicone inside to further protect the phone. The Commuter Series comes with a screen protector, but it isn’t built into the case like the one in the Defender Series.

Finally, the Otterbox Reflex Series is the least protective of the three cases, but also the slimmest. The case features a two-piece sliding design that fits around the Galaxy S4. The case makes it easy for users to dock the Galaxy S4, should they want to connect it to an HDTV or just charge the device.

All of the Otterbox Samsung Galaxy S4 cases will come in a variety of colors. Prices range from $34.95 to $59.95. Both the Commuter and Reflex Series cases will sell for $34.95, while the Defender series will start at $49.95. Some models of the Defender Series will cost users $59.95.

There’s no release date for any of the cases, though the Galaxy S4 won’t come to carriers until sometime in April anyway. Interested users can sign up for info on the cases on Otterbox’s website.