OtterBox is best known for making some of the most popular rugged cases for the iPhone 5s, iPhone 5 and Samsung Galaxy S4, and today they are adding to that line with a new OtterBox Commuter Series Wallet case.

The OtterBox Commuters Series Wallet case combines the protection of the popular Commuter series with a slot that holds up to three cards and one bill in a small slide out partition on the back of the case.

OtterBox boasts that this allows you to access your cards without flipping the case over like many other wallets and notes that the wallet compartment includes an audible click when opened and closed so you’ll know your cards are securely tucked away. 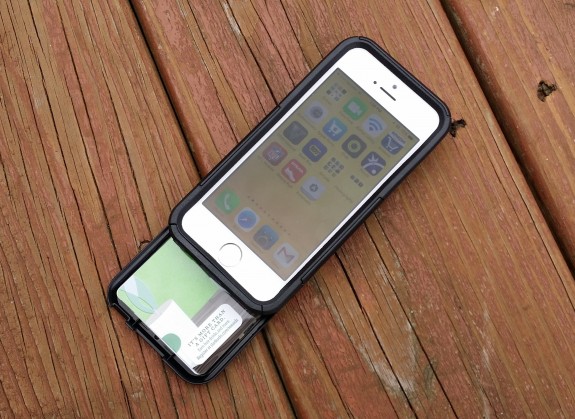 OtterBox sells two models of the Commuter Series Wallet. The iPhone 5s and iPhone 5 model comes in black, white and grey and pink and light grey and fits both phones. Unlike the Defenders Series iPhone 5s case there is no need for a special version with a cutout for the Touch ID sensor. The Samsung Galaxy S4 Commuter Series Wallet is available in the same colors.

OtterBox sells the Commuter Series Wallet case for $44.95 for the iPhone 5s/5 and Galaxy S4 models with sales live on OtterBox currently.

OtterBox sent the iPhone 5s Commuter Series Wallet Case over and we’ve been using it today to get a feel for the new case option. The case is slightly thicker than the iPhone 5s Defender Series case we recently reviewed, but not too thick to use. The front of the case protects the edges of the device, and keeps any case parts away from the screen so it’s easy to use the new iOS 7 gestures and the Touch ID on the iPhone 5s. 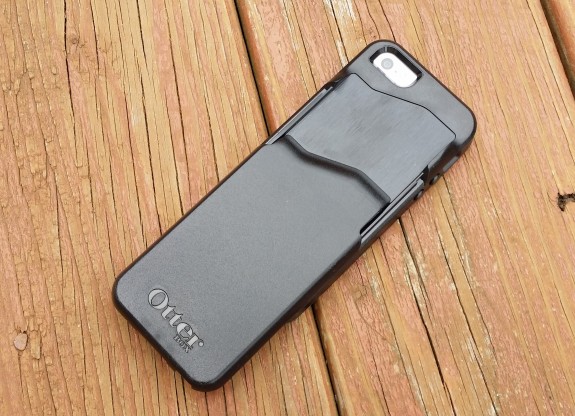 The OtterBox Commuter Series Wallet slides open for easy access to your wallet.

The case features a two piece design with a silicone inner and hard plastic outer shell. The only complaint about the back is that it is very slick and slides around much easier than a Defender case when on a hard surface. Flipping the phone face down solves this minor issue.

Three cards and one bill fit tightly in the wallet compartment, but removing them is easy enough to master. Three cards is the essential amount of space for most users as it can cover a ID, credit card and a debit card. While some users may have trouble slimming down to three cards every day, it will at least put your most used cards within reach. The wallet section opens easily and with a click. There is enough pressure that the wallet shouldn’t open accidentally. 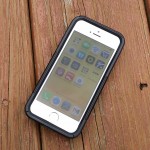 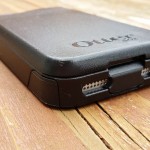 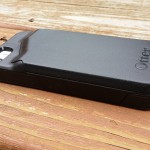 The case covers the volume and power buttons with rubber covers for easy pressing and leaves the mute switch uncovered. The headphone and charging ports are covered with the soft inner layer and work with most headphones and charging cords.

OtterBox includes a self adhesive screen protector in the bundle which may offer some added protection from scratches. The OtterBox Commuter Series Wallet Case is not waterproof.