OtterBox is best known for rugged cases that protect the iPhone from drops and the hazards of daily life, and now there is an OtterBox Wallet Case for the iPhone 5s and iPhone 5.

OtterBox cases aren’t going to appeal to users who want a minimalist experience or who are used to going without a case on the iPhone, but this case is a great fit for busy users who want to carry three cards and their iPhone 5 or iPhone 5s. 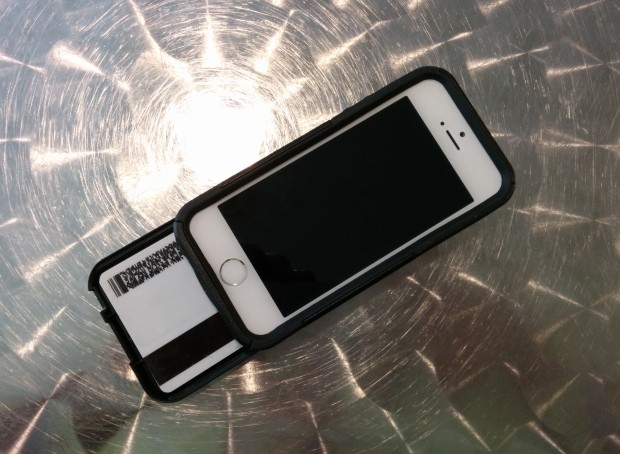 The OtterBox iPhone 5s Commuter Wallet includes a silicone inner shell that slides onto the iPhone 5s or iPhone 5. Once on, users can slide the iPhone 5s into the plastic outer layer that also houses the wallet part. This hard plastic and soft inner combine for added protection. There is an included screen protector, but we did not install it. Because the front of the case is open Touch ID works without any issues.

Thee case adds a small lip to the iPhone 5s front which keeps the display off a table when placed face down and provides some protection from drops. 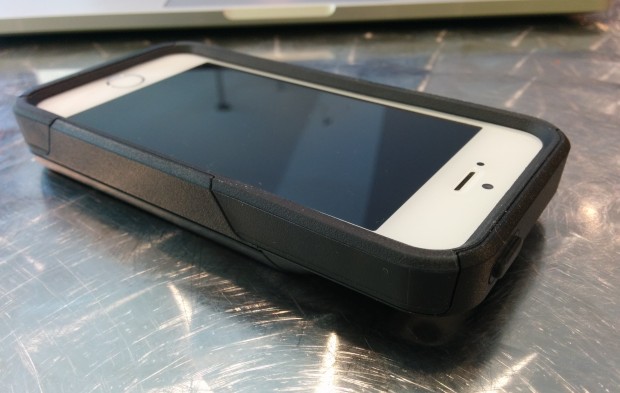 This OtterBox iPhone 5s or iPhone case protects the screen as well.

Users can quickly access the headphone jack and Lighting port for charging or syncing. The power and volume buttons are covered by the silicone part and the mute switch is open for toggling. The speaker and microphone are open at the bottom of the device. 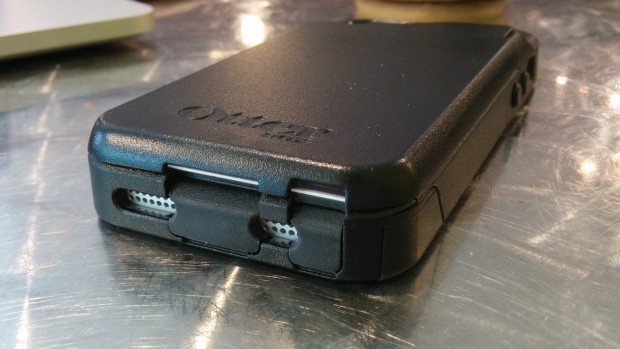 The ports are covered with the inner part of the case, with openings for the speakers.

The inner part can work as a standalone case at home if the overall case is too bulky to use when you get home for the day, but it won’t feel like as nice as the total package. 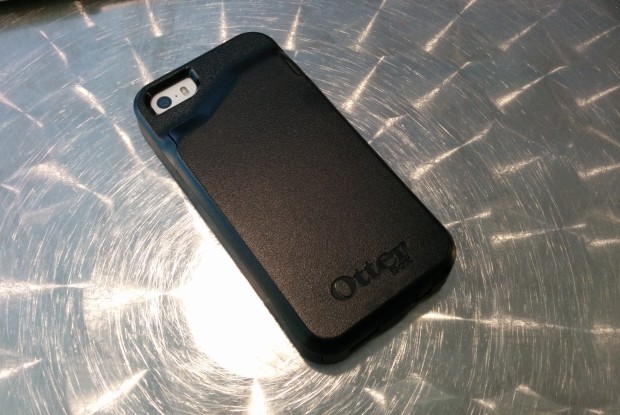 The case adds a little bulk, but that’s a trade off for protection and a wallet in one.

The OtterBox Commuter Wallet case includes a latch inside that helps keep the slide out wallet section in place, and there is an audible click when you open or close the wallet section. You can store three cards or two cards and some cash in here. This is a god combination as it allows me to carry an ID, business card and personal card. If I need cash I carry it in a separate pocket loose, as I don’t usually carry cash unless I’m planning to go to a cash only business. 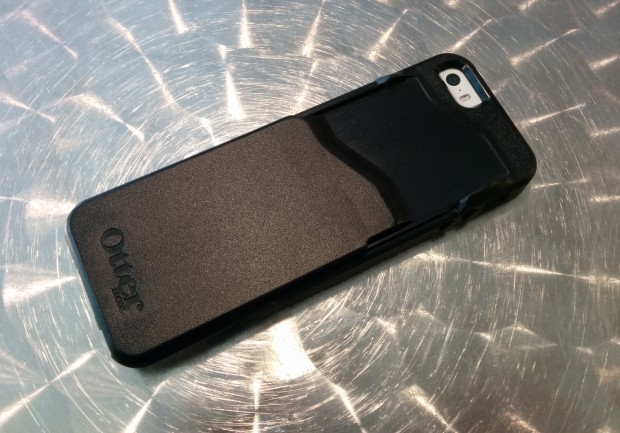 The back slides down to reveal the wallet portion.

Grabbing a card out is easy enough and I often found myself switching the position of two cards and leaving the ID at the bottom of the stack. Some people I’ve shown the case to express concern about putting their phone and wallet together, because they would rather only lose one of the items. I look at this as a way to put a GPS tracker on my wallet.