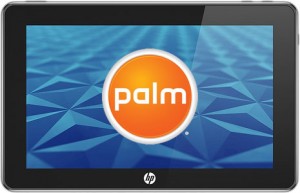 Although HP is using only webOS, which it had acquired through its purchase of Palm, the company seems to be directly competing with rival PC maker Dell, which has committed to Android and Windows Phone 7 development, in the mobile space. Rumored specs for the HP Palm Mansion has it that the device will utilize a 5-inch WVGA display and will run on webOS 2.0. The display specs of the Mansion is very similar to Dell’s Android-powered Dell Streak, which straddles the smartphone and tablet divide by offering a larger screen size than most traditional phones while offering a smaller screen size than many tablets to make it more portable.

While HP Palm seems to have its eyes set on the smartphone-tablet hybrid space, Dell is gunning at the smartphone space with its Windows Phone 7-powered Dell Venue Pro. The Dell Venue Pro, which runs on Microsoft’s mobile OS, utilizes a portrait-oriented QWERTY slider, a form factor that’s found on the Palm Pre and the HP Palm Pre 2 smartphones.

Also, with regards to webOS, HP is saying that a webOS 2.0 upgrade will be made available to all devices in the coming months, which is good news for hardware owners of the platform and instills a lot of confidence that HP will be supporting older hardware with newer software release. It’s unclear, however, what features from webOS 2.0 will be seen or missing from older hardware. Apple had committed to a similar strategy with the iPhone and iOS.