Been more than two years since we saw the debut of the Panasonic Toughbook U1 rugged UMPC. But now it’s been updated with a brighter screen and better innards as the Toughbook U1 Ultra, which in no way reminds me of the Samsung Q1 upgrade to Samsung Q1 Ultra. 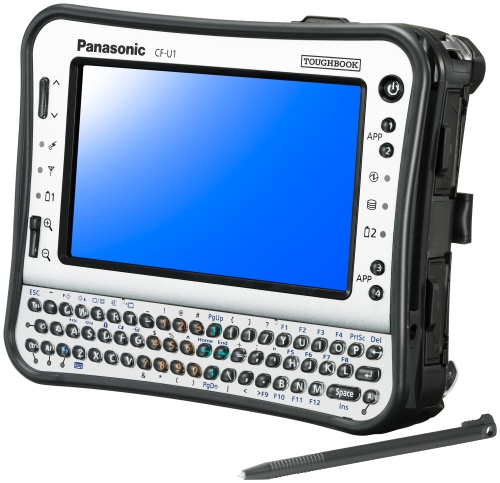 The creative naming conventions of UMPCs aside, the new Toughbook U1 Ultra boasts a TransflectivePlus 5.6″ display “for up to 6000 nit viewability in direct sunlight”. Note the wording on that because it certainly does not crank out 6000 nits, compared to 200-300 from a typical backlit LCD. Rather, I believe this measure includes the transflected sunlight, i.e., sunlight that passes through the top layer and gets reflected back through the LCD.

*EDIT: This is not a “soft” key. Rather, “The [optional] numeric keypad also has a single “Ctrl-Alt-Del” button, making one finger operation simple while on the move.”