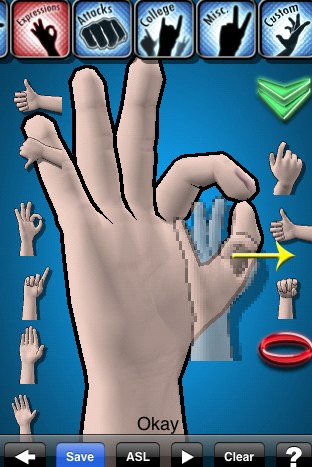 I imagine most folks would have the same reaction I did when I saw mention of Pangea Software’s iPhone App, The Finger (iTunes link). While they don’t include the objectionable to some gesture as one of the stock gestures in the library of 90, you can use the apps creative way of making your own gestures to do just that. Pangea is well known for the games it has created (CroMag Rally, Engimo, and others) and on the surface this looks very playful.

But that’s not why I’m writing about The Finger. Instead, I’ll point to another terrific feature of the application. That’s the text to sign language feature. Yep, that’s right. If you enter a phrase of text, or a word, The Finger will give you an animated replay of your text using American Sign Language. I think that’s cool and probably helpful if you need to or want to learn American Sign Language. I know it would have come in handy when my wife had to learn sign language for a play she was doing, and I’m sure for some who need to communicate with the hearing impaired it could come in handy as well.

You can check out a video of the app here, and in an intriguing gesture given the current climate of App Store inconsistency when it comes to censorship and denying apps, I find it interesting that Pangea puts the potentially offensive material before the American Sing Language section in the video. I guess they know what sells best. 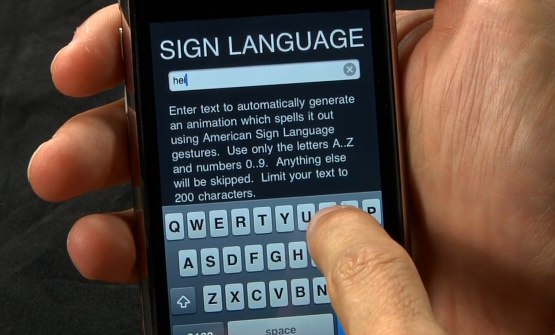