The Pantech Breakout is Verizon’s answer to the critics who complain that 4G LTE devices are too expensive.

At $99 after a $50 mail in rebate, the Breakout (Verizon Wireless) is clearly a budget phone, and right now that budget price gets even better for 1st time smartphone purchases on Verizon, who can get the device for free after a $100 Verizon gift card when upgrading from a regular cell phone. There are deals out there for other 4G LTE smartphones for next to nothing, but not all customers can get these deals, and certainly not at Verizon retail locations.

Can the first affordable 4G LTE smartphone meet the needs of new smartphone owners and offer an affordable alternative to the high priced likes of the Droid Bionic, HTC ThunderBolt, Samsung Droid Charge and LG Revolution? Let’s take a look.

Despite a budget price and plastic construction, the Breakout feels pretty solid in your hands. Though not as thin as the Droid Bionic, you won’t have to commit to a larger phone if you want to hop on the 4G LTE bullet-train. 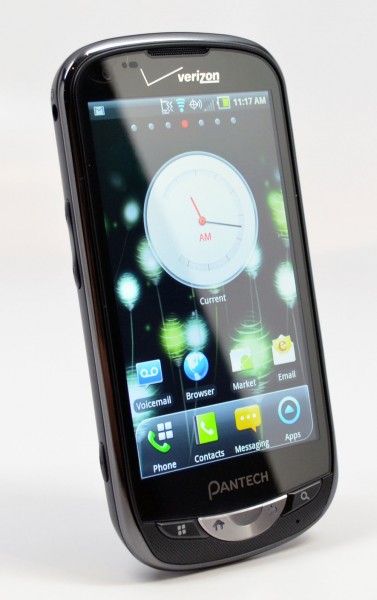 Pantech Breakout Display at an Angle

I still prefer the feel o the Droid Bionic and the ThunderBolt in my hand, but the textured plastic back offers good grip and a pleasant feel when you pick up the phone. The phone feel lighter than most 4G devices, pretty similar to many of the other Android devices on Verizon’s network.

Unlike the rest of the lineup, which have 4.3″ screens, the 4″ display means a smaller overall form factor. When I handed it to my wife, there was not an immediate, “this is too big,” reaction like there was with the Bionic or the ThunderBolt.

The Pantech Breakout has the following specs

The inclusion of physical buttons sets the Breakout apart from many current Android smartphones, and will appeal to many first time users. Unlike most smartphones, there is a dedicated camera button to launch the camera and take pictures. Additionally, there is a physical button to start the Nuance voice control software, which is on the phone in addition to Android’s built-in voice control.

The power button is oddly placed on the right side, which I have yet to adjust too.

The 4″ display found on the Breakout is smaller than the rest of the 4G lineup, but sill plenty large for most users, especially on a budget priced device. The display has a 480 x 800 resolution which is also fairly common on larger display devices, though noticeably smaller than the Droid Bionic. 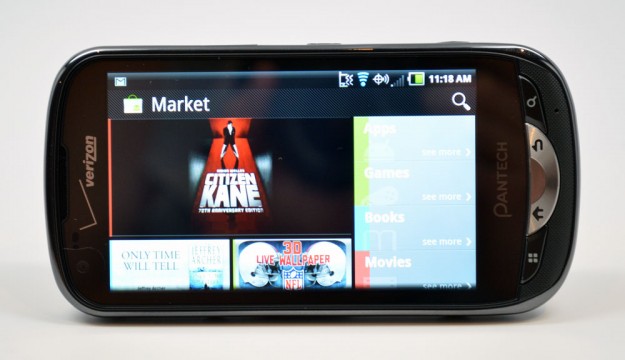 If you plan to use the Breakout for yourself, with limited two or three person sharing, you’ll be fin, but the viewing angles are not as nice as on many other phones. This won’t be a problem in most cases, since you’ll be looking at the phone head on.

Colors look pretty good, enough so that you’ll be fine for sharing photos with friends and watching Netflix or NFL Mobile (which is free with 4G LTE phones). Outdoors the screen is tough to read, and falls short of the qHD displays found on the Droid Bionic, which is easy to use outside.

The screen is also a fingerprint magnet, and it can be tough to wipe the oil off of the display without a good screen cleaning wipe. 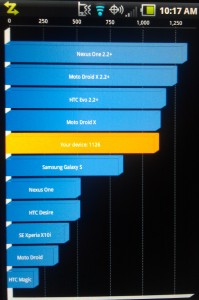 The Breakout has a single core 1GHz processor, similar to what you will find in the HTC ThunderBolt. This is a respectable processor, but lacks the oomph which gives the Bionic enough speed to make day to day phone operations snappy. The Pantech user interface, which runs on top of the basic Android, has a small amount of lag while switching screens and launching apps.

While playing Need For Speed Shift, a demo is included on the phone, the phone had enough power to play the game without lag or frame rate issues. Graphically though, the phone doesn’t provide as pretty of a game environment on apps like Breakout, which completely lacked a crowd, and while it played smoothly the lack of a polish on graphics led to a less than stellar experience.

I ran benchmarks on the Breakout, which you can see below, and you can see how it compares to the Droid Bionic and the HTC ThunderBolt.

Nenamark 2 would not complete on the Pantech Breakout. 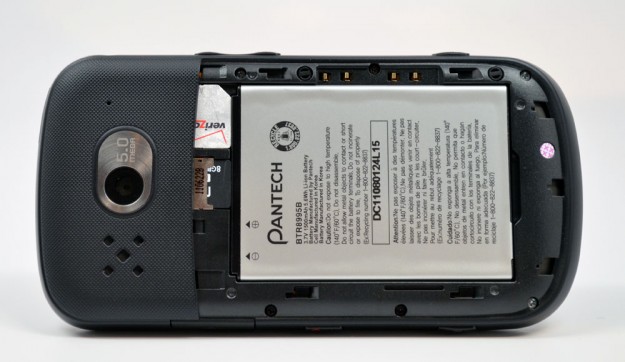 Battery life on 4G LTE devices has been particularly troubling, but Pantech may have found a way to beat this problem. With a smaller display, larger 1500mAh battery and single core processor; very important considering that this is designed for regular users who won’t put up with charging the battery multiple times each day.

We’re still testing the battery on 3G and 4G networks, but I have been able to last a full day, including leaving the phone on overnight, in 3G coverage. This is with average usage — syncing one Gmail account, web browsing, several phone calls and 30 minutes of mobile hotspot usage.

If you want to get a bit more battery life, the first thing to do is turn off the live wallpaper which is turned on off the bat, and used up 2% of the battery during the first few hours of use.

The Pantech Breakout is the first budget smartphone on Verizon with the power of Verizon’s 4G LTE network. This means that you can upload and download videos, apps and files faster than ever if you are in one of the Verizon 4G LTE markets. Even if you don’t have 4G LTE in your area, Verizon is expanding and should have nationwide 4G LTE coverage in 2013, and cover 2/3rds of the country in the middle of 2012.

I achieved similar speed results on the Breakout as I did on my HTC ThunderBolt and on the Droid Bionic, 7-9 Mbps down and 2-5 Mbps up while using the hotspot function on the Breakout to share 4G LTE speeds with my laptop.

These speeds will vary based on coverage, but the breakout appears to have a solid antenna and 4G speeds on par with the more expensive devices. It is worth noting that I had some issues using the Mobile hotspot in 3G coverage. More often than not, my laptop would not connect, even though the phone had a solid connection and showed the app as still running. A restart of the phone fixe this, but if you are eyeing this device to use as a mobile hotspot. Hopefully this can be fixed in a future software update. 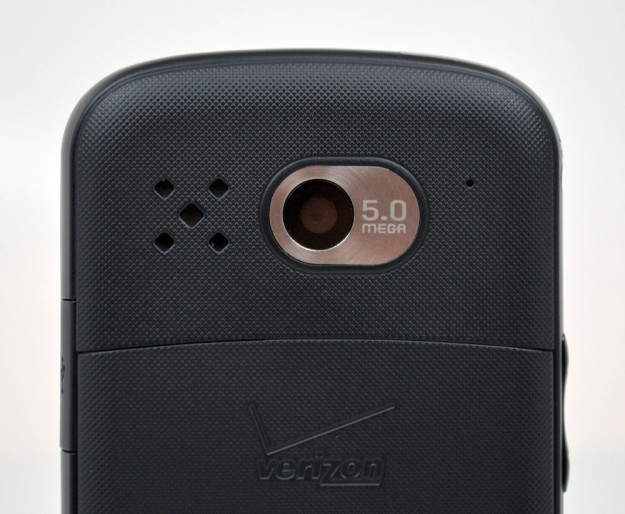 The Breakout has a 5MP rear facing camera, which performs pretty well. I wish it had the ability to choose your point of focus like the HTC ThunderBolt, but it doesn’t suffer from the same lag as the Droid Bionic when it comes to focusing.

One major drawback is that when you snap a picture, the photo will stay ont he screen until you dismiss it, instead of allowing you to keep taking pictures. 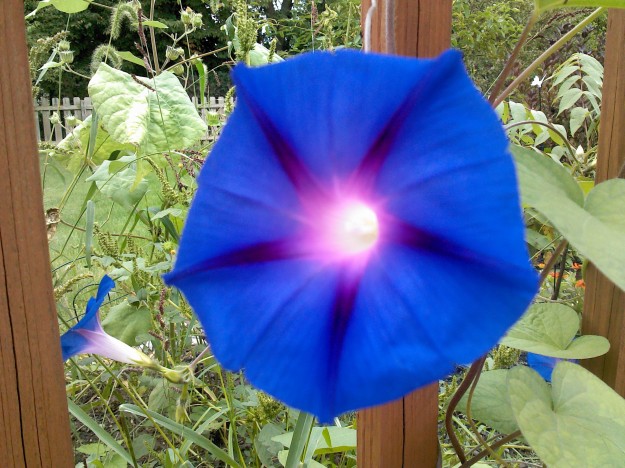 The Pantech created overlay isn’t the best overlay I have used, but it may appeal to first time smartphone owners, who will enjoy the oversized app drawer and buttons. I do like the Accuweather widget, and a few of the other widgets which are included with this Android skin.

One issue that continues to be a problem is the inclusion of a bunch of pre-installed apps. This is a big deal because the phone only has 186MB of free storage, compared to other devices which measure free storage space in GBs. Many of these pre-installed apps cannot be removed easily, even if you don’t want to use them.

The Breakout comes with the Swype keyboard by default, which offers a pretty good typing experience. The phone has Bing as the default search engine, but this can be switched to Google quite easily in the browser settings. 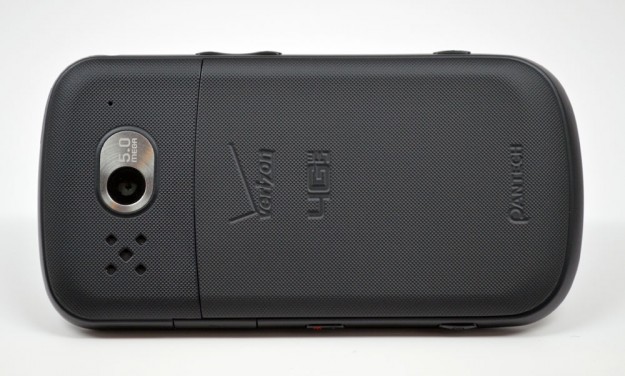 The call quality on the Breakout isn’t too bad, but it is less clear and bright than on Motorola’s latest Verizon offerings. The call quality is what I would rate OK, and callers on the other end said they could hear me clearly in several environments.

The sound tops out pretty early in terms of volume, which is piped out of a collection of five holes next to the rear camera. Sound quality is OK, though you’ll want a pair of headphones for any extended listening, or to hook up to a pair of portable speakers if you want a broader range of audio. 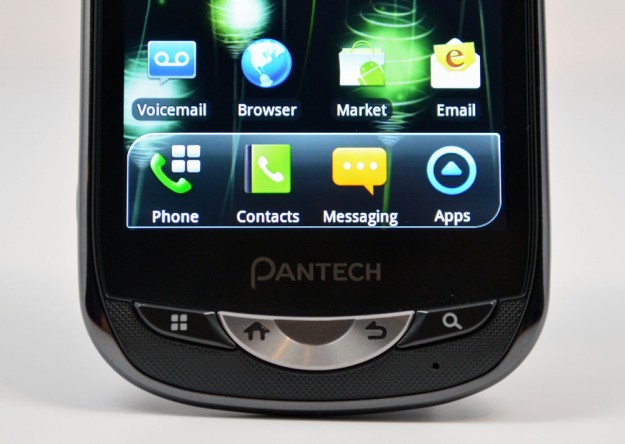 The Pantech Breakout will have trouble competing with the rest of the 4G LTE lineup, which have a higher end feel to go along with higher prices. If you are interested in a cheap 4G LTE smartphone, you should be sure to look at the prices of devices like the HTC ThunderBolt and Samsung Droid Charge, which can be picked up pretty cheap at Wirefly and Amazon Wireless. These devices offer more internal and external storage, larger and more attractive displays and will appeal to more techie users. The Samsung Droid Charge has a particularly impressive AMOLED Display.

Like most of this phone, Pantech has taken specific steps to cater the device towards a specific user segment. It isn’t power users who want the latest and the greatest, instead, they are going for budget and first time buyers who want specific features like physical buttons, a prettier look on the screen and oversized buttons.

This isn’t a phone I would buy for myself, but I would recommend it to first time buyers looking for a solid experience at an affordable price. Unlike most other budget devices, this one has 4G LTE. If the mobile hotspot feature gets fixed this will be a good all around device for the average user. 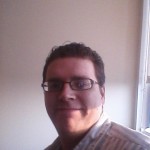 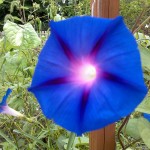 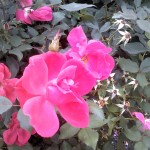 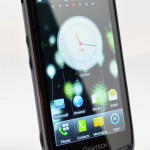 Pantech Breakout Display at an Angle 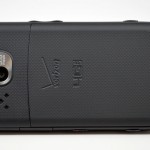 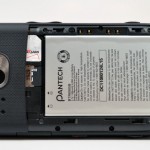 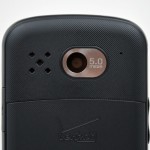 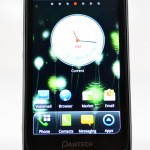 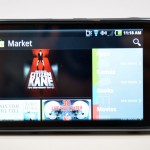 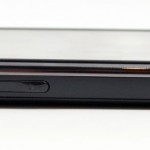 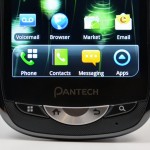 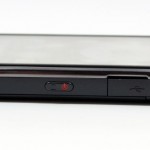 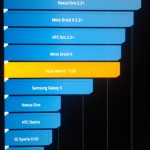