Running Windows 8.1 on a Mac got easier thanks to an update to popular virtual machine software Parallels Desktop 9. The new version of Parallels Desktop 9 brings support for running on OS X 10.9 Mavericks, the forth-coming Windows 8.1 update from Microsoft and integration of cloud services like iCloud, Dropbox, Google Drive and SkyDrive. It adds back the old Windows Start Menu to Windows 8 and 8.1.

The update to version 9 comes on the heals of the company’s release this week of Parallels Access which will “applify” any Mac or Windows software to make it run on an iPad as if the program’s developers created it for iOS. We reviewed it and loved the result, despite the $80/year cost. Buyers of Parallels Desktop 9 will get a free six month subscription to Parallels Access, a $40 value. 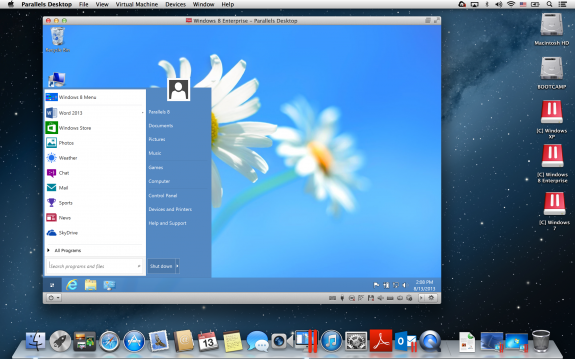 Parallels Desktop 9 for Mac Brings the Start Menu back to Windows 8 and 8.1

The new version will bring tighter integration to the OS X Launchpad so that Windows programs show up on Launchpad as if they were Mac apps. That feature works only on Apple’s latest version of OS X dubbed Mavericks, now in beta and likely to ship in the next two months.

Users of cloud services like iCloud, Dropbox, Google Drive and SkyDrive will enjoy optimization that lets them uses these features in their virtual machines running on version nine.

Other features users can enjoy with the upgrade include: 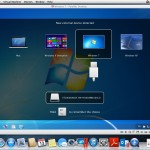 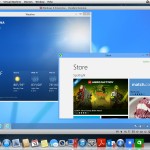 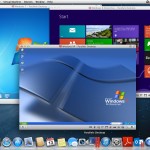 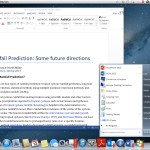