The Parallels Mobile App and Parallels Desktop 8 make it possible to run Windows 8 on the iPad.

Parallels offers access to Windows 8, Windows 7 and other operating systems on the iPad by combining virtualization and remote log in functionality.

I recently reviewed Parallels Desktop 8 at Notebooks, and really like the tool. Parallels 8 for Mac speeds up performance of virtual installations from earlier versions and gives access to some really nice features available for users of OS X 10.8 and higher. One of these features is access via Parallels Mobile. 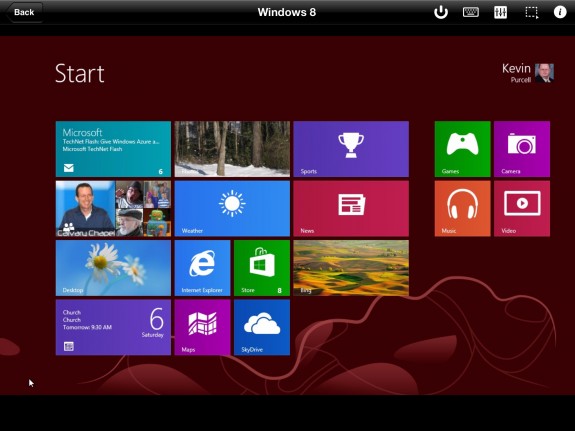 Upon opening the app I log into my Parallels Mobile account. In the Desktop app I enter my account credentials. This gives me the ability to use my computer via the Internet. Below, see my login screen for my MacBook Pro. It shows four entries. 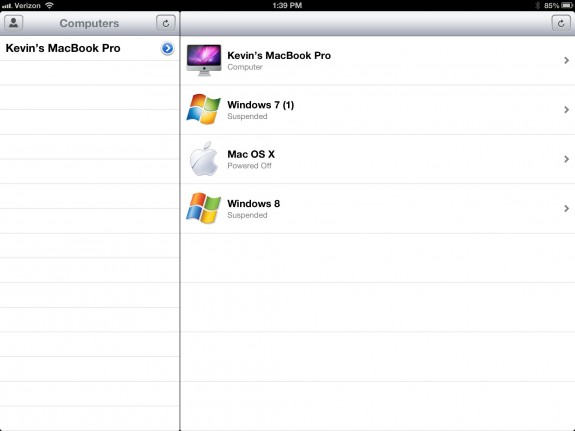 The login screen gives me access to the three virtual operating systems installed and my host OS. I can control any of these using the touchscreen of my iPad. It also works on the iPhone as well. 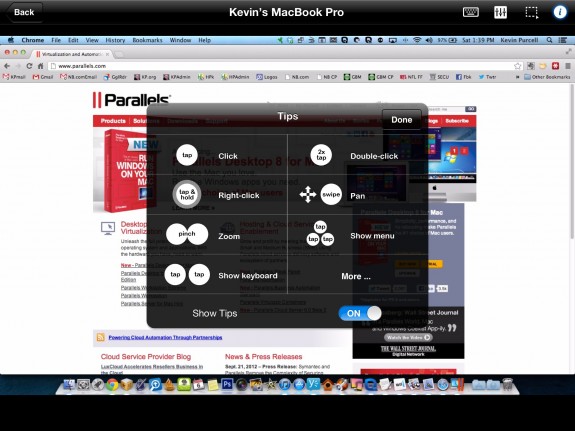 When I first log into my computer or one of my virtual operating systems, I see this help screen (above). It shows how to control the OS via the touchpad. Then I see a screen telling me to tap to start up that OS.

The controls work okay in some operating systems, but not in others. I can tap to click the mouse in Windows 8 but accessing the charms or the switching menu along the left side of the Windows 8 screen becomes difficult with the Parallels Mobile control features. I can use the keyboard, by tapping the keyboard button on the toolbar or by doing a two-finger tap. 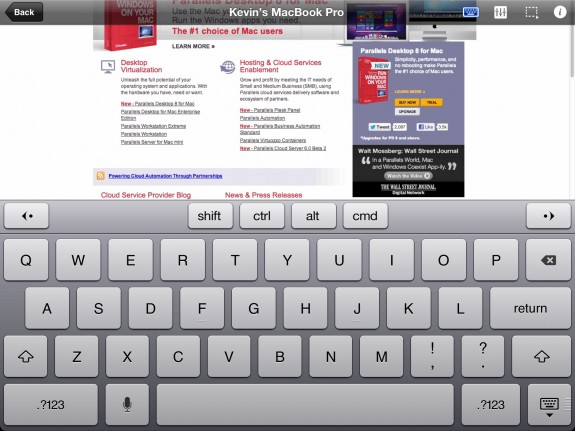 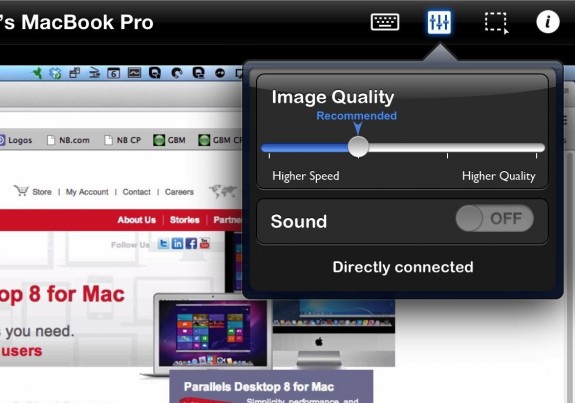 Setting the slider all the way to the right degrades the image quality, while opting for higher quality drags down performance. The two middle settings worked the best for me.

The sound toggle doesn’t work in Windows 8, but works fine in Windows 7 and OS X.

The Parallels Mobile App works great for Parallels Desktop 8 users. I can still log into my computer via iPad using one of the many remote login apps, like LogMeIn. Parallels gives us the benefit of accessing all my virtual operating systems and it works well. iPad users with Parallels Desktop will want to get the Mobile App from the iTunes store for the $4.99 price. Parallels says the app will increase to $19.99 soon.

After paying $80 for the Desktop app $5 seems high when I can get similar functionality in the free version of LogMeIn. For example, I can log into my virutal desktops quickly using the Parallels Mobile app, but with LogMeIn I can stil access my virtual desktops, albiet with a few more steps..

If a user experiences issues with their firewall, Parallels tells me the combination of the mobile app and the Desktop app will alleviate these. Also the app makes logging in through my local network faster since the connection doesn’t need to go through the Internet like I do via LogMeIn, but the minimal speed improvements of using the app and Desktop version don’t make it worth the extra cost.