Parrot Disco Drone Takes to the Sky at 50 MPH

Many consumer drones are exactly the same with four rotors and slow speeds, but Parrot’s new Disco is a completely different approach that looks more like a Stealth bomber. It’s actually the first wing-shaped drone that will hit the mass consumer market, and it’s one worth waiting for.

Parrot’s new Disco Drone has removable wings for easy transport, which can also help prevent damage from rough landings. At the same time, there isn’t much to worry about to begin with considering it only weighs 1.5 pounds. Read on for a few more details. 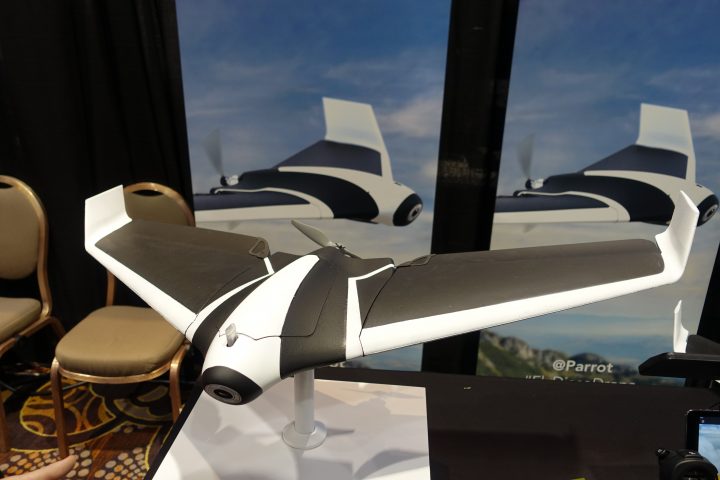 According to Parrot the new Disco Drone is capable of speeds reaching 50 miles per hour (80 kilometers) and has a flight time of roughly 45 minutes on a single charge. Combine that with a neat design, easy automatic take-off and landing, and the 14 megapixel HD camera in the nose of the aircraft, and this is certainly one unique drone. Here’s what Parrot had to say.

“Parrot Disco is the first wing-shaped drone you can pilot with no learning process. Its autopilot and sensors (accelerometer, gyroscope, magnetometer, barometer, Pitot, GPS) permanently control its flight” The presenter went on to explain how easy it is to actually fly, by just throwing it in the air. “You throw the flying wing, it gains its altitude and turns autonomously, and turns in the sky until you take control of it. During the flight, the autopilot prevents any false maneuver which could bring the flying wing down. Parrot Disco is as easy to pilot as playing a video game.”

The video above shows off many of the bullet points mentioned by Parrot, but we’ll have to wait for the consumer release to know more. How safe is the automatic take-off? Will it need an open area free of surroundings to safely take off before being controlled? All of this and more will need to be addressed.

At the end of the day the Parrot Disco is a unique fixed-wing Drone over 3-ft wide that reaches some insanely high speeds, looks like a military device more than a toy, all while being less than 1.5 lbs and should be safe for all to use. We wouldn’t call it the “first” fixed-wing drone, but if it’s easy to use and comes at a mass-market price, it could be better than most other options available.

From our first impressions it certainly looks like an exciting new entry into the consumer drone market, and I can’t wait to maneuver one myself. Then again, no pricing or release details are available yet. Parrot promises a 2016 release date, but that’s all we know so far.