This month a federal judge ended a patent battle that dates back to 2007, involving Typhoon Touch Technologies and some huge names in mobile.

Finally, on November 4th, a U.S. Court of Appeals Judge ruled in favor of common sense, consumers and a collection of large tablet, phone and computer manufacturers.

This judgement comes as we are seeing an increase in the use of patents as a means to profitability and a weapon to beat the competition, when features would be better for all parties.

When we talk about patent trolls, companies who purchase and use patents to make money not products, Typhoon Touch Technology fits this definition to a “T”. Typhoon acquired these patents and did not try to do business with them, aside from suing companies who were making products.

In short, this is good news for consumers. 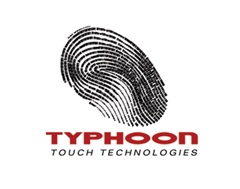 Typhoon claimed ownership of a patent over mobile touch screen technology. Asserting this patent, the company had filed lawsuits against huge companies like Apple, Dell, Fujitsu, and Panasonic as well as niche players like Motion and TabletKiosk.

Motion Computing and Electrovaya have apparently settled with Typhoon Touch, and even Apple caved under the pressure. A source tells us that Apple may have paid up to $10 Million to settle the legal matters.

At the center of the lawsuits was an extremely broad patent for, “self-contained, general-purpose, portable, keyboardless computer [with] an input/output device for displaying inquiries on a touch-sensitive screen.” Back in 2007 we questioned the merits of the case, and were dubious in 2008 when the CEO of Typhoon Touch Technologies sold 58% of his ownership in the company.

Why This Is a Win for Consumers 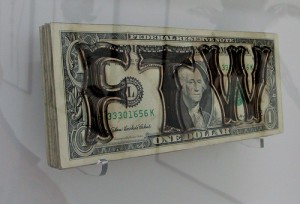 Given the current patent wars going on in mobile — Apple patenting Slide to Unlock, Microsoft asserting patents against Android and many other patent disputes — it is great to see at least one of these disputes end. We still have too many broad and obvious patents out there that are being used to control what other companies can do with their products, and in turn what you and I can do with our products.

In addition to limiting features, these patents can inflate the cost of our gadgets, just like shoplifting by a few inflates the price you pay at retail. These legal battles and settlements can delay new features from reaching our smartphones, and add to the already high prices that we pay.

This one victory won’t change things wholesale, but at least we see that there is some sense to the court system when it comes to determining the validity of patents. If we can bring some rational to the patent and legal systems, perhaps we can see the smartphone and tablet wars fought in the hands and wallets of consumers instead of with boring legal briefs.