Announced today, Path’s Windows Phone Store page indicates that the app has most of the features current users of the social networking and picture sharing service would expect. That feature lineup includes the ability for users to post about their life experiences using the service’s journaling system. That app also allows Windows Phone users to take and post photos and videos. They can also edit and add filters to that media before posting.

Path on Windows Phone also allows users to create “circles” of friends and comment on their posts and videos too. There’s also cross posting, so Windows Phone users can add that media to Twitter, Facebook and more. 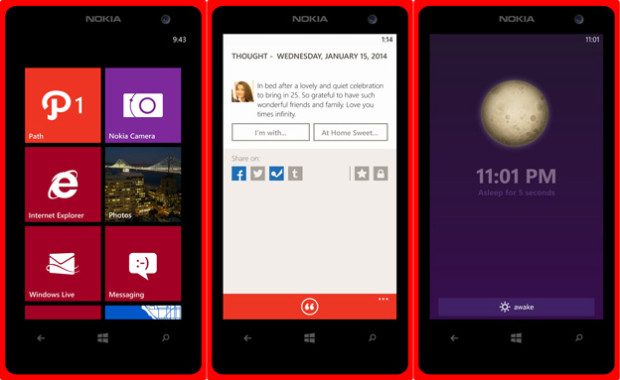 The app also includes classic Windows Phone-only features. For example, Path for Windows Phone does support the platform’s Live Tile icons. Using them, Windows Phone buyers don’t even need to open the application to know if they have a pending message or comment from a member of their Path Inner Circle of friends.

Right now, Path says that the application is in Beta. As such, users should expect the app to be a little rough around the edges.

Though Path’s arrival on Windows Phone might seem trivial, it’s another sign that Microsoft and Nokia efforts to get more must-have apps is working. Both companies will need this to continue if Windows Phone is to become a legitimate alternative to the iPhone and devices running Android.

Read: Windows Phone May Have 200,000 Apps, but Microsoft Still Has a Lot More Work to Do

Both of those platforms recently passed 1 million applications in their respective stores. There are around 200,000 apps in the Windows Phone Store. That’s nowhere near iOS and Android, but enough to make Windows Phone a legitimate third-place competitor.

Last year, Windows Phone finally scored a native Instagram app after attempting to launch a grass-roots campaign to convince Instagram-owner Facebook, that creating an app for the platform was worth the effort.