When Apple announced iOS 6 at WWDC last week it showed a few slides with a number of small improvements. One of those small new features might be important for future Pebble owners.

According to Razorian Fly, a new feature called “Bluetooth MAP support” could mean the Pebble Smart Watch will be able to read SMS messages from the iPhone in iOS 6. 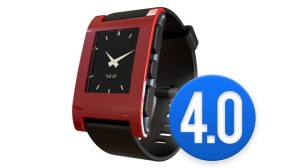 When Kickstarter backers brought the feature to Pebble CEO, Eric Migicovsky’s attention he said “It’s pretty damn good news! – We don’t have anything to say yet, but probably more later this summer before Pebble ships.” Sounds like the team doesn’t want to commit to anything yet, but it is an exciting idea for future Pebble owners with iPhones.