During the company’s first ever press conference, Pebble announced it will ship the Pebble smartwatch on January 23.

The Pebble smartwatch is currently in mass production, and the company expects to ship the first units to Kickstarter backers in a few weeks. The company announced that its manufacturing partners are currently producing 15,000 watches every week.

Backers will receive an email one week before their watch ships out. The watches will ship out to backers in the order in which they backed the Kickstarted campaign. 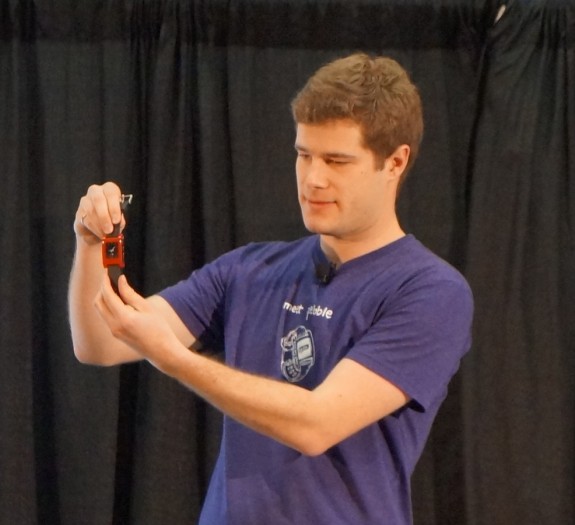 After every person who backed the Pebble smartwatch on Kickstarter receives their watch the watch will ship to those who pre-ordered the Pebble after the campaign. The company didn’t give any time frame for when those users can expect their smartwatch.

During production the Pebble team was able to keep the promises it made during the Kickstarter, including water resistance up to 5 atmospheres. To keep the water resistance, Pebble uses a magnetic charger that connects to a PC or Mac via USB. The charger makes it easy to charge the phone without a dock.

The company also included an ambient light sensor and magnetometer for a compass apps in the Pebble.

The Pebble watch will support Bluetooth 4.0 so it can last a long time on a single charge, though it also has Bluetooth 2.3 for devices that don’t yet support the latest technology. The watch can connect to any device running Android 2.3.3 or above and any iOS device running iOS 5 or above. That includes the iPhone 3GS, iPhone 4, iPhone 4S, iPhone 5 and recent iPod touches.

Because the Pebble uses e-paper and not E-Ink the display can update quickly without a full refresh like the Amazon Kindle. The e-paper display is more akin to LCD displays which refresh quickly.

When the Pebble ships it will work with a few apps and can display notifications from the companion Android app and Notification Center alerts in iOS 6. That includes information like SMS messages and emails. The watch will also vibrate when the user receives a call, which they can answer or ignore from the watch itself.

The Pebble smartwatch is currently available for pre-order for $150 in a variety of colors. 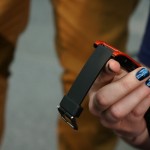 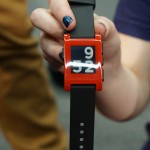 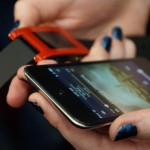 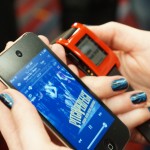 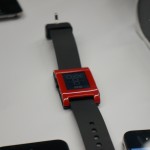 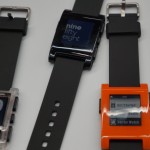 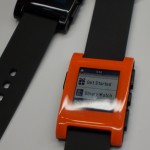 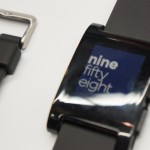 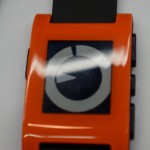 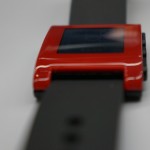