We take a look at the new Pebble Steel as we unbox it.

Pebble’s had a busy week with the release of the Pebble App Stores for iOS and Android. They also started shipping the new Pebble Steel smartwatch last week. We got our hands on one of the early pre-order models and decided to unbox it on video for our readers.

In the video below, viewers will learn that the new Pebble Steel comes in a nice jewelry box, looks and feels more like an expensive piece of jewelry and includes an upgraded magnetic charging connector.

The packaging alone exudes a greater degree of elegance than the original Pebble Kickstarter version. Some won’t care about such things, but nice packaging gives users more confidence that the product will meet their expectations.

Second, Pebble Steel buyers will notice that the new watch measures the same, or close to the same, in terms of screen size, width and thickness. However, the length comes in at about a half an inch smaller thanks to a more efficient integration with the watch band. 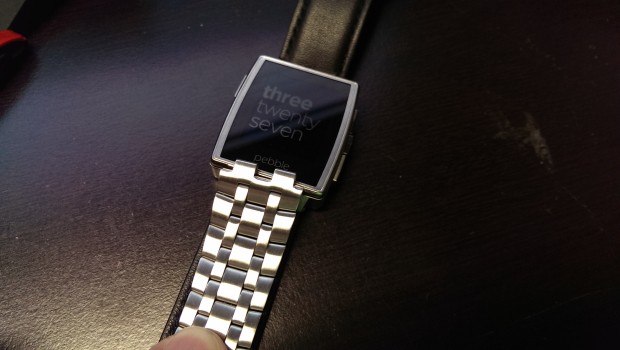 The Pebble Steel feels like a nice piece of jewelry. The design won’t compete with expensive dress watches one might wear with coat and tails, but the style of the design improved a lot.

We love the new Pebble App Store built into the Pebble App that owners use to connect their watch and the iPhone. The newly launched app store comes with over a thousand apps and watch faces to choose from. That’s a lot of options and can get overwhelming. 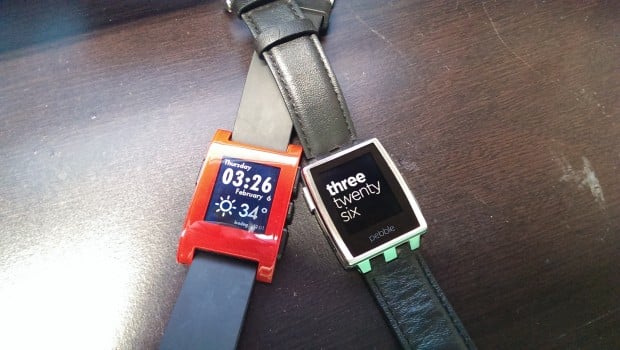 We’d like to see some improvements. While many won’t want or need more than eight apps or watch faces, some will. The watch can’t store more than that and this will seem limiting to some. Second, the beta version of the Android app needs some polish and we wish Pebble launched them at the same time. To do so would’ve delayed the iPhone version, but Android users tire of being treated like second class citizens. Finally, box needs better instructions about swapping out the bands. Any instructions would be an improvement. In a future post we’ll explain and show users how to do this, but Pebble should offer these instructions if they offer two bands.

In the above video, see how to connect the watch via the app and the iPhone’s Bluetooth settings. Also notice how the app store in the Pebble App gets laid out. We install a watch face and show the Pebble Locker, used to keep other apps and faces around for quick installation. 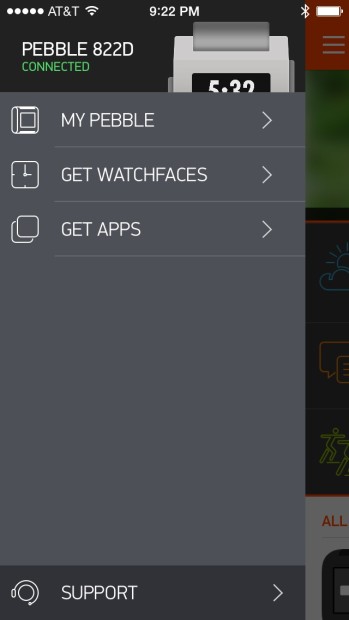 The magnetic charging cable that snaps onto the side of the Pebble Steel comes with a more powerful magnet this time around. If the user tried to hold the watch by the charging cable on the original Pebble, the cable would disconnect. In the image below, notice how it keeps its connection as I dangle the watch holding nothing but the power cable. 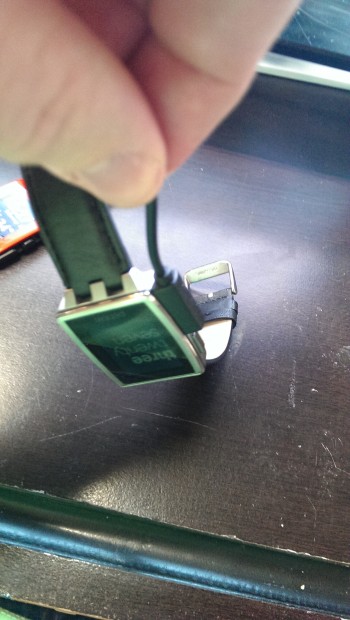 We like the Pebble Steel and think the other competitors like Qualcomm, Samsung and Apple will need to come a long way to overcome the big lead Pebble has.