Alleviating some investor concerns, Pegatron CEO told shareholders that Apple’s highly anticipated cheap iPhone, which is slated to arrive this fall, will still not be priced as inexpensively as some of the Android handsets on the market today. In a report by China Times, the Pegatron CEO noted that while the model will be less expensive than Apple’s flagship–the new iPhone 5S is expected to launch alongside the low-cost iPhone–the “price is still high” for the cheaper sibling. 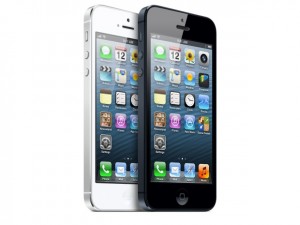 Apple has been under pressure to release less expensive models of its mobile computing products to enter rapidly emerging markets, like that of China and India. However, Apple may not try to undercut itself and its brand in this case in a strategy that may be different from what Android smartphone-makers are using. According to Phone Arena, the company may deliver a less expensive product in a similar manner as to what the iPad mini is to the full size iPad.

Using that analogy, Apple may scale down on the specs aspect of the low cost phone model while still delivering a great design and overall user experience that would still captivate many users. Going with this strategy, Apple would then be able to still price its low cost alternative more expensively than that of its competitors.

In the iPad mini example, Apple chose to offer a slightly bigger screen than the normal 7-inch displays occupied by the popular $200 Google Nexus 7 slate. In doing so, Apple says that its 7.9-inch model offers more value and a far better user experience, and as such the company charges a $130 premium over competing slates.

Apple had been rumored to be launching a $99 iPhone. If these latest speculations are correct, it appears that Apple may be launching the cheap iPhone at this price point with carrier subsidies.

The low cost model is expected to come in a unibody polycarbonate design with multiple color offerings.