PenTile, which powers the subpixel arrangement on most, if not all, of the recently released Android smartphones with qHD displays, is giving advice to customers on how to conserve battery life on those new smartphones with the high resolution, pixel-packed 960 X 540 screens.

On phones like the Motorola Photon 4G, the Droid 3, and the Droid Bionic, PenTile screens use a non-traditional RGBW sub-pixel arrangement that’s supposed to be more power efficient than regular displays without the PenTile arrangement: “In these displays there is a clear (white) subpixel, which together with improved aperture ratio increases light transmission to save power.”

And according to the folks at Nouvoyance–which owns the PenTile technology, here’s how to extend your battery life further: “You might want to replace the  wallpaper featuring saturated colors with one that is either black and white, or colors of less than 50% saturation.  The power benefits should soon be apparent.”

Basically, the gist is to not display images and content on your screen with high color saturation, and here’s the reason why: 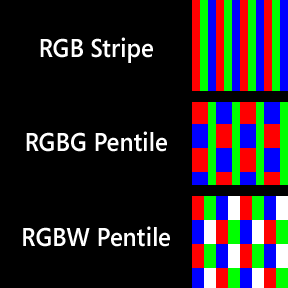 The reason for this is that all RGBW displays must pay attention to an effect known as Simultaneous Contrast Error.  Simply stated, if you put a bright and highly saturated color on the screen at the same time as a bright white, it is necessary to supply more power for the display so that the eyes and brain will perceive the correct shade of saturated color.  This is especially true for yellow.   For PenTile displays, to combat this effect, the backlight brightness is turned up to increase the luminance of the colored subpixels while the white level is turned down tomaintain the desired perception of color to make a perfect looking yellow.  In other words the worst case power consumption for a PenTile display is when you are displaying more than a minimal amount of highly saturated colors, regardless of whether it is red, green, blue or a combination of these colors.  This is true even if the image is largely dark.  The best power consumption, other than a totally black screen, would be to use unsaturated colors or simply black and white.  The worst case power consumption for OLED  is the best case power consumption for a PenTile RGBW display.

Then again, for font and text purist with the eyesight of Steve Jobs, you may just want to turn off your PenTile screen all together as the RGBW arrangement leaves a lot to be desired with graininess. That’s rather unfortunate as Apple demonstrated what a Retina Display–of similar resolution–could accomplish, and it’s a shame that PenTile cannot match the crispness, though you do supposedly benefit from longer battery life.