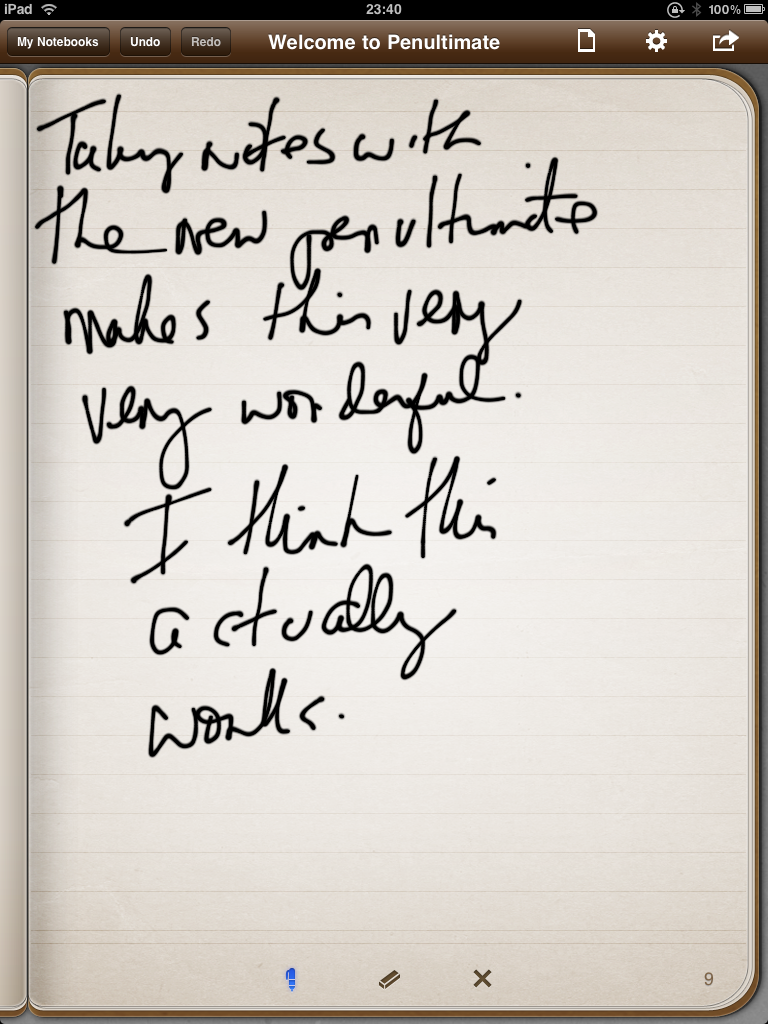 Uh, oh. Methinks that I will be taking rehearsal notes in Digital Ink for my next show on the iPad after all.

Inkers who have been hoping for some iPad app that makes Inking possible the way Tablet PC users are used to doing so have largely been disappointed so far. There have been some attempts, the most notable being SmartNote, which creates a custom sized rectangle on the screen for users to rest their wrist on when scribbling away. Now there’s a new entry that offers a more workable solution. And it is a doozy.

Penultimate is an iPad app that we’ve covered here before and the recent 1.1 update adds what the developers call wrist protection that enables Inkers to rest their wrist on the screen and Ink away. Tableteers have called this palm rejection for sometime now.

Giving it a quick try tonight, it works as advertised. Yes, that’s right. If you’ve got a stylus that works with the iPad screen (I’ve tested both the Pogo Stylus and the Dagi Stylus. No sausages yet.) You can lay down digital Ink. It’s not perfect. It’s about the timing that your hand/wrist and the stylus hit the screen and the developers recommend that this is best for taking notes in what they call “textual, top-to-bottom notes on the page.” But it works.

Thanks to Hector Gomez for the tip.