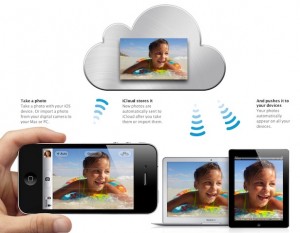 Even after over a year since Microsoft had launched the now defunct KIN, a Windows Phone that the company had hoped would consumerized the platform ahead of the Windows Phone 7 launch debut, Apple’s iCloud announcement at WWDC falls short when it comes to photo streaming. As the iPhone-maker aims for simplicity while at the same time making iOS and its accompanying hardware more feature-rich, users may still find themselves in a tough spot trying to manage storage on their devices.

At its heart, iCloud is simple, and perhaps to a degree genius–keep all your devices in sync without having to tether. It’s a dream come true in the consumer world, and the good news is I don’t have to get a distress call from my mother asking me how to get her pictures onto her iPhone or from her iPhone to her Mac–it automatically synchronizes with the cloud in iOS 5 with the cloud-based storage solution. 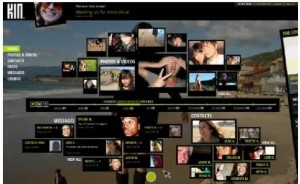 Above image: Microsoft's KIN Studio shows a visual timeline of all stored photos taken with the KIN

Yet, when compared to the rival Microsoft service and failed KIN smartphone launch over a year ago in Spring, iCloud still misses the beat. Where KIN excels, despite its more limited feature set that made it more competitive with feature phones than smartphones, is that it was intelligent and simple, the former attribute that iCloud seemingly lacks.

First, KIN Studio, the web-based interface for controlling the cloud stream via an Internet browser, like iCloud, alllows KIN phone owners–the KIN was available in two models known as the KIN One and KIN Two at the time–to automatically synchronize and backup their pictures to the cloud. The process was done automatically–no user management was required–and Verizon Wireless, the launch partner for the devices, advised that users maintain their data plan for the backup and storage to the cloud to be seamless, which it was.

Second, where KIN and iCloud diverges is that the former was intelligent enough. Older pictures and albums, or those that aren’t frequently visited and viewed by the user, were simply cached on the device and removed to the cloud, freeing up space on the device itself. With 8 GB of memory on the KIN hardware, and 4 on the basic model, storage was a valuable commodity. As such, Microsoft wanted users to not have to worry about which pictures to take with them, which to delete, and which to synchronize to the cloud.

In removing the complicated confusion, Microsoft simply backed everything up to the cloud. Recent photos and photos that were viewed often were simply also kept on the device so that they can be accessible quickly, in the event you want to run your favorite vacation slideshow with grandma. Older photos, or those that were rarely viewed, had their thumbnails cached so it appeared that they were local on the device. When skimming through a timeline thumbnail of your photo exploits, they are there and it feels like you’re carrying your life’s albums with you. When you opened up the image for a full screen view, KIN would re-download the photos or albums as needed on the go over the air.

This allowed KIN users to better manage storage efficiently without really having to manage the storage themselves. They can still have everything–have their cake and eat it too, so to speak.

On iCloud, the synchronization process is different. Everything gets synchronized to the cloud, and then everything gets downloaded to all devices connected to the same Apple ID, which means that iCloud only works to synchronize, not to store. The problem here is that users still need to store things locally, which takes up valuable storage. My colleague Josh wrote:

How Apple will handle photos – “We’re going to store the last 1000 photos on your device. On your Mac or PC, we’ll store all of them. And on the server, we’ll store them for 30 days.”

Essentially, beyond the thirty days of last captured images, you’d still need to synchronize your iPhoto albums or events to your iOS devices if you want to carry around your life’s memories in pictures. And when we’re talking about camera with 5-megapixel resolution on the iPhone 4, and potentially 8-megapixel on the next-generation iPhone, these images will begin to consume more space as you add more albums.

Before iCloud had launched, the hope among a few on the Internet was that by moving content to the cloud, more storage would be freed up.

While Apple is also using iCloud for iTunes Match, the company could do a lot more to conserve storage when it comes to digital photography. With iOS 5 giving users a physical button for a shutter, and allowing quick camera access for the lock screen, Apple is encouraging users to capture more images and build their Photo Stream. It’d be nice if that Photo Stream’s thumbnails were cached to save space and can be revived on the device on-demand as needed.

iCloud is still a good first step for Apple’s foray into the cloud. I was hoping it’d be a bigger step than a baby step.