After having announced a black, magenta, and cyan edition of the current Windows Phone flagship, Nokia will be making a pink version of the Lumia 800 available in France as well. Nokia will be bundling the pink edition alongside a year’s subscription to Cosmopolitan magazine.

The pink Lumia 800 (reviewed in black) is coming to Orange France and is expected to do well in sales. The device is expected to be released in time for Christmas. 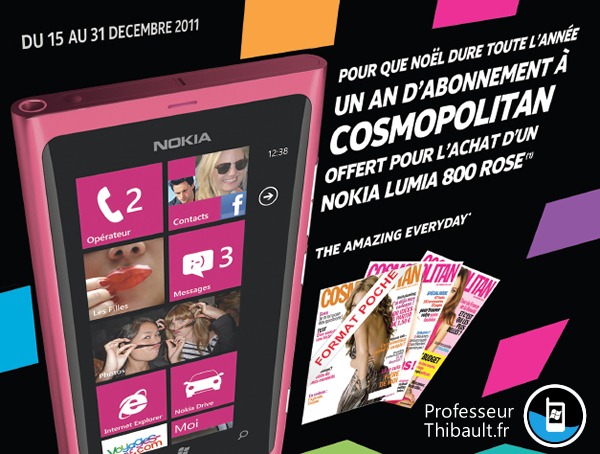