The Pixel Skin HD Wrap case from Speck adds stylish protection to the iPad with a number of nice features.

The pixellated rubber finish provides added grip and a small amount of shock protection. A latch keeps the front portion of the case closed while in a bag or when carrying the iPad by itself. Speck also includes a magnet to enable the smart cover sleep and wake functions.

The case folds to create two viewing angles, an upright landscape mode and another orientation that is intended for typing. While reviewing this case I have found that the landscape mode orientation works fine for most use, but the typing angle is almost unusable. 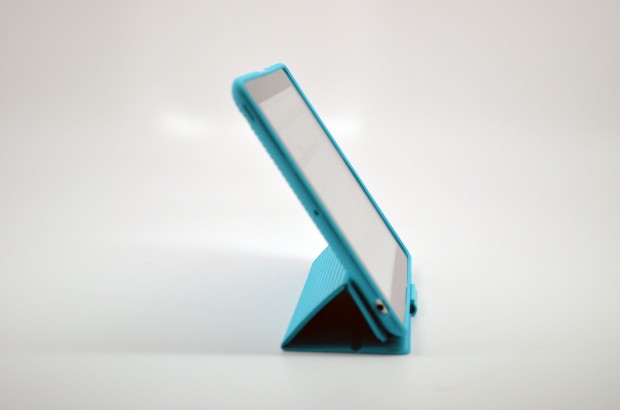 Another thing that I didn’t like about this case was the way it folds. It took me some time to be able to figure out how to fold the case so that it could stay in the orientation shown above. Also going along with this, the case has a tendency to pull away from the iPad itself when in the upright orientation which is very annoying. 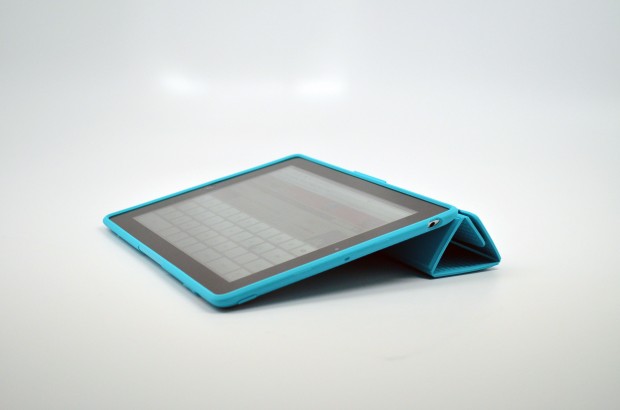 The Pixel Skin HD’s typing angle is flimsy and likes to come undone while you are typing.

While I am glad that Speck included a typing angle in this case it is inadequate and very difficult to get into position. While typing with the case it is not uncommon for it to come undone and the iPad to feel like it may fly off of the table. 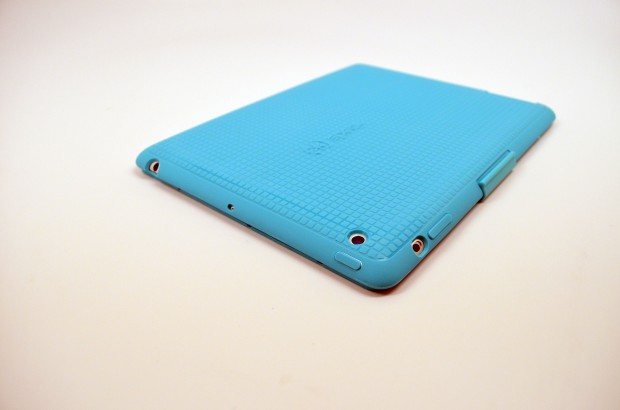 The look and feel of this case is very appealing and the rubber provides good grip.

Beyond the folding and typing angles I really did like the feel and look of the case. The rubber case provides decent grip and the color is bold but I find it appealing.

The case provides good access to the camera, headphone jack, microphone and orientation lock. The covers over the lock/unlock buttons and volume rocker were responsive and had a nice tactile feel. 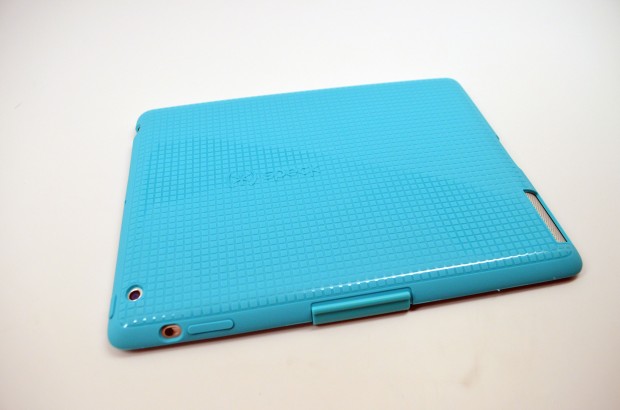 The latch of this case is ok but it definitely has room for improvement.

The latch of this case is firm and is intended to keep the screen of your iPad protected. The only problem with the latch is that it can be hard to open at times and closing that latch is what I have found to be most difficult. Even with the latch closed the front cover of the case has some wiggle room towards the top and I could see possible scratches occur because items can slip under the cover while in a bag.

The case does go on and come off of the iPad with ease which is a nice touch. Besides the front cover the case has a good grip to the iPad but it is a little too tight around the edges of the front bezel. When I put this case on my iPad it actually had enough force to displace the screen protector. So just a word of warning if you have a screen protector this case may be a little tight for your liking.

Overall the Pixel Skin HD is a good case for people who want protection and don’t an on using the iPad for typing. The look and feel of the case are the primary reasons to pick it from the huge number of iPad cases available.