The wait for the iOS 6.1 jailbreak is tough, especially with private beta testing underway and chatter about the evasi0n jailbreak picking up on Twitter.

Evad3r team member Planetbeing responded to a post on Reddit titled,”Who cares about a stupid gooey“, which referred to the team working on the graphical user interface for the evasi0n jailbreak tool.

In the response Planetbeing sheds some light on the process, including why the team spends so much time working on the exploits and testing the iOS 6.1 jailbreak tool before a public release. There’s no new info about want the team will release the iOS 6.1 jailbreak, but it is an interesting background for users who want to know more about what goes on behind the scenes.

For the record, it’s not just the GUI. I know seeing that that’s what we’re working on feels like a spit in the eye of people who are technically adept, but we have our reasons. There are a lot of things having to do with even getting the program built on all operating systems, making sure it can work on a wide range of versions of OS X and Windows (they all have their own different sets of library), and packaging it so it’s as dummy-proof as possible.

For example, how would you handle the problem of how to include Cydia? Would you include it as a separate file? If so, how would you handle people who don’t extract the whole zip file (happens every single release) and just try to run the executable by itself? Another example: How would you handle temporary files? Just write them to the current directory? Some versions of Windows really don’t like that. You have to figure out a portable way to find a temporary directory you can write to.

At any rate, I’m sure if we released what we had, a certain percentage of the population will be able to figure out the exact right conditions they have to have in order to make the jailbreak work. The rest of the vast majority of people will be angry, frustrated and possibly have lost data, purchased music, etc. (since despite what we say, few people ever make backups) from having to restore their devices from the cases where the jailbreak works enough to do something to their devices, but just enough to make them need to restore. It won’t matter how much we warn them that the release is not for them, they’ll try it anyway 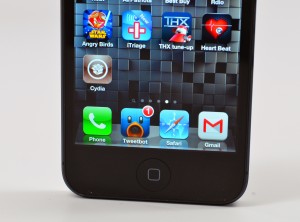 the iOS 6.1 jailbreak release is near.

Planetbeing goes on to explain that part of this decision is to prevent users from what they perceive to be a buggy jailbreak experience and negative media coverage that could ensue from an unfinished release. Long term he hopes this will keep a “vibrant” jailbreak community and keep jailbreaking legal with the Library of Congress.

The team isn’t attempting to create the most beautiful iOS 6.1 jailbreak tool, just, “making sure it runs at all on everyone’s computers.”

The untethered iOS 6.1 jailbreak is expected within the next several days, and will support the iPhone 5, iPad 4, iPod touch 5th gen and other iOS 6 and iOS 6.1 devices. Users do not need to upgrade to iOS 6.1, but it is safe to upgrade, preferably through iTunes by performing a backup, then restoring as a new device.