Following Apple’s Activation Lock feature that is debuting in iOS 7 this fall, rivals LG and Samsung are planning a smartphone kill switch that would make it hard for smartphone thieves to activate and use stolen phones. By making this difficult, tech companies are hoping that thefts of mobile phone would be less appealing–if the phones cannot be activated, they wouldn’t be worth anything to the buyer and this would help curb the black market.

“South Korea’s Ministry of Science, ICT and Future Planning said last week it is in talks with the two phone makers about introducing the function to new smartphones, likely from early next year, to curb rising phone theft,” the Wall Street Journal is reporting. 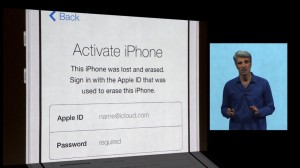 Unlike Apple’s feature, which is tied in with an Apple ID that’s used for FaceTime, iMessage, App Store purchases, and any downloads or rentals through iTunes, the kill switch feature for these Android phone manufacturers would require users to register their devices first to work. This could ease privacy concerns for users who may not want the feature, but would also make it hard to make the kill switch standard as not many consumers may be inclined to register their phones or know about the kill switch.

Another smartphone manufacturer in the country, Pantech, had already implemented the feature earlier this year, but laments that not many consumers know about the feature, limiting its effectiveness. Hopefully, once bigger players like Samsung and LG adopt the feature, hopefully consumer awareness on the feature would be raised.

In the U.S., the government is also placing pressure on manufacturers to implement a similar feature to reduce the number of stolen smartphones, which is a rapidly growing crime problem in urban cities. Officials argue that manufacturers aren’t inclined to keep consumers safe because once a phone is stolen, the consumer would have to replace the stolen phone representing another profit incentive for these manufacturers.

Carriers, too, are building databases with serial numbers of phones that are reported to be stolen to prevent those devices from being activated. However, those lists are disparate and stolen phones could still be used and activated in another country when this is done at the carrier level.