Bluetooth headsets are in the midst of a revival, partially due to the rise in popularity of large-screen smartphones. Yes, there are still people who use their iPhones and Androids as phones. But the traditional Bluetooth earbud is only really good for calls. What about listening to music, playing games and watching video?

Plantronics new BackBeat GO stereo Bluetooth headset is designed for both making calls and listening to audio. The BackBeats have an added bonus of not looking like a traditional earbud, thus keeping people from labeling you a tool.

This “wireless” headset is also easier to wear everywhere than most earbuds and allows users to go truly hands-free. Is it worth the $99.99 asking price? Read our full review to find out. 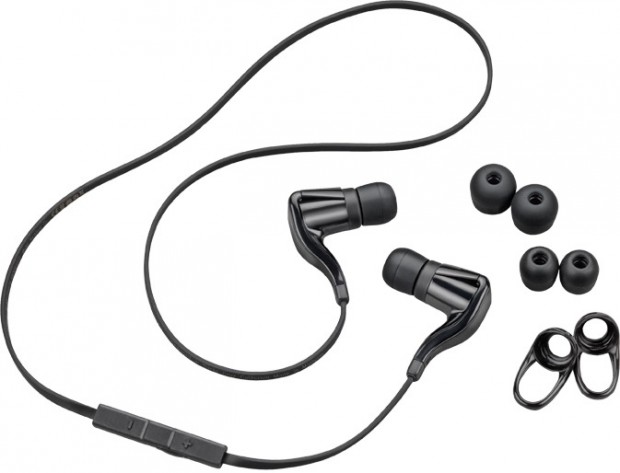 The BackBeats GO is meant to be an all-in-one solution for listening to media and making calls. While the audio quality is good, particularly for calls, people who are hard core about music may find this headset lacking on the media side.

Compared to high-end in-ear headphones from Monster or Klipsch, the BackBeats don’t offer great depth of sound and can come off as a little tinny when listening to music with a lot of treble. They’re a step up from the earbuds that come with most phones, but won’t appeal to audiophiles.

Most people aren’t audiophiles, though. And if you’re buying stereo Bluetooth headphones, you’re likely doing so because you spend a lot of time on the phone. This is where the BackBeat GO excels. 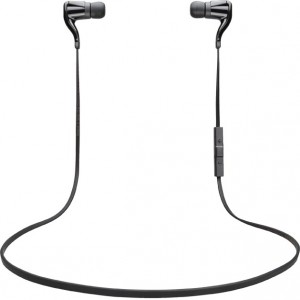 Thanks to the passive noise cancellation and the fact that the BackBeats go in both ears, you’ll be able to hear the person on the other end even in noisy situations. Voices came through clear and I never had to turn the volume to maximum.

The mic doesn’t do a great job of filtering noises around you. I made three calls while walking down the street and each time the person on the other end commented on the sound of a truck rumbling by or other loud noises. However, they were able to hear me even in windy spots.

The BackBeat Go is rated to last 4 – 4.5 hours when making calls or listening to music. Since my initial charge I haven’t had to top up yet. I spent about three hours actively using them and left them on for about five hours when I wasn’t. So far they still don’t need any juice.

The inline controls are well-deigned and offer easy use and enough control that you may not even need to touch your phone while you have them on. Aside from all the normal controls — volume, answering and ending calls, and skipping or pausing music — the control unit can also activate your phone’s voice control features, switch between calls (call waiting) and more.

It achieves this by giving each button multiple functions. Users may find memorizing the different taps and holds a little daunting at first, but over time you’ll learn the ones most important to your needs. 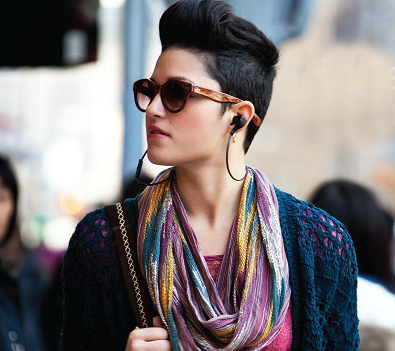 The BackBeat GO isn’t truly wireless, but is as close as you can get without making the earbuds too heavy. A single wire connects them, and it’s just long enough to go around the back of the neck. The flat cord design keeps them from easily tangling.

This works out well for people who want to keep their Bluetooth headset handy for when a call comes in but don’t want to look like they’re wearing one. Users can drape the BackBeats around the neck when not in use.

I wore the set like this for a couple of days and would often forget it was there until I needed it. I would have liked Plantronics to include an optional clip since I can imagine the headset accidentally slipping off if you lean over too far.

Most of the BackBeat GO’s major components are in the earbud portion, but since the cord is so light (even with the inline control on it), they didn’t feel in danger of falling out. I wore the buds for a few hours while walking around the city and commuting and didn’t have to keep readjusting or consciously think about them.

Sports or exercise enthusiasts should probably stick to the previous generation [amazon_link id=”B00428N9OK” target=”_blank” container=”” container_class=”” ]BackBeat 903+[/amazon_link]. This pair, while fine for normal movement, isn’t made to stand up to the rigors of jogging/running or sweat.

Plantronics includes three sizes of rubber earbud tips plus a stabilizer. I have weird, hard-to-fit ears, so most earbuds aren’t 100% comfortable for me. The provided eartips worked pretty well in combination with the stabilizers, but I still had to take them out to alleviate pain even with the smallest set.

If you have difficulty with earbuds, be aware that these may not work for you.

People who use their smartphone as a phone and switch between calls and music or media frequently will appreciate the ability to use just one headset for both. Plus, leaving these hanging around your neck won’t scream BLUETOOTH EARBUD to everyone around you yet provides the same convenience and ease of use. If this is more important to you than the absolute best audio quality for music and video, the Plantronics BackBeat GO wireless headset is a great choice.

The Plantronics BackBeat GO is available via Plantronics.com and on [amazon_link id=”B007MC6WGK” target=”_blank” container=”” container_class=”” ]Amazon[/amazon_link].