iPhone and iPad users who enjoyed defending their backyards against a torrent of zombies in Plants Vs. Zombies, can once again join in on the fun as the game’s sequel is now available on the iPhone and iPad, free.

Starting today, anyone with an iPad can download Plants Vs. Zombies 2 from the iTunes App Store. Game creator PopCap had released a version of the game this past July, however that release only saw the game being made available in two countries, Australia and New Zealand. This final release marks the game’s exiting what’s known as a beta, or public testing phase. During that phase PopCap was able to streamline how the game works, and get a feel for how users approach new levels and enemy types. 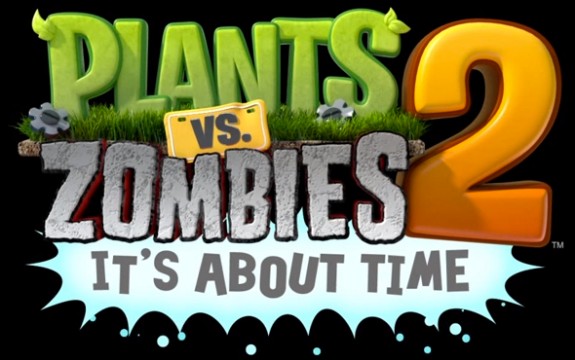 It’s likely a good thing that they did get a chance to test the new additions to the game as there’s a lot for users to consider in Plants vs. Zombies 2. The game now features several new different types of plants, and PopCap has upped the challenge for casual gamers by adding even more menacing zombies to fight. The game also introduces a new way for players to use time-travel to their advantage and stop the onslaught of the undead.

Instead of setting a standard price for the game, PopCap is making the game free-to-play. Anyone whose device meets the app’s requirements will be able to download the title for free. In exchange users will be able to purchase different power ups to make their game experience more enjoyable. Although most game developers struggle with balancing their need to make free-to-play games profitable versus enjoyable, industry consensus has been that Plants vs. Zombies 2, finds a pretty decent middle ground.

There are also new more colorful level designs to choose from, though users will still get the opportunity to use the same lawn that they’ve become accustomed to at some point during the game.

According to observations from GottaBeMobile’s Shawn Ingram, when users download the game they can expect the game to have many of the same playing styles and goals as its predecessors.

For now the game remains exclusive to devices running Apple’s iOS operating system like the iPad, iPhone and iPod Touch. The company hasn’t announced if users on Android either of Microsoft’s mobile platforms will be able to download the game at some point in the future.