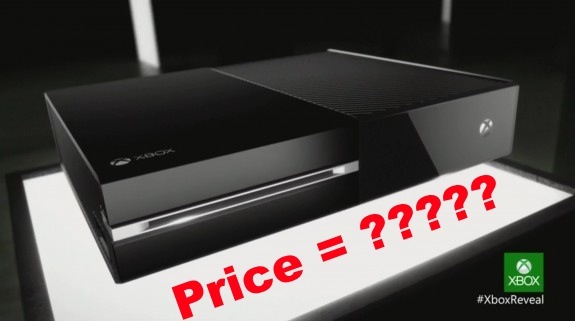 The two new consoles both have similar hardware (though the PlayStation 4 has a slight edge with a slightly faster CPU and more advanced RAM), so the built cost may be similar for both companies. That could mean the companies will choose similar price points for their consoles.

Nintendo‘s latest system, the Wii U, which is closer in specs to the Xbox 360 and PS3 currently costs $300 for the basic white model and $350 for the Deluxe console which has a black finish and 32GB of SSD storage. If GameStop’s CFO is correct in his prediction, the Xbox One and PlayStation 4 may come out with similar prices.

During the earnings call GameStop touted its trade-in system that will give gamers credit towards new consoles, effectively making them cheaper. Gamers with large game libraries for the Xbox 360 of PlayStation 3 may not want to trade in their consoles, however, as neither the Xbox One nor the PlayStation 4 can play games from previous console generations.

When asked GameStop wouldn’t comment on fees gamers may have to pay for used games on the Xbox One, preferring to let Microsoft take charge on that issue. Now if only Microsoft could get its story straight on that and many other topics including support for indie games and always-online requirements.