The PlayStation 4 doesn’t officially ship out until November 15, but customers who pre-ordered PS4 controllers are already receiving them ahead of the official launch. Those who pre-ordered DualShock 4 controllers from Amazon and GameStop are already receiving them on their doorsteps. If you pre-ordered, but have yet to receive it, they might already be sold out. However, it’s also reported that physical GameStop locations have the controller in stock as well.

Gamers can’t do much with the new DualShock 4 controller just yet, but you can hook it up to your PlayStation 3 via USB in order to play certain compatible games. Furthermore, the new controller also works with certain games on PC and Mac either through USB or Bluetooth. This is will at least give future PS4 gamers a head start as they become familiar with the controller before the console officially launches later next month.

The DualShock 4 controller keeps the overall same design as the PS3 controller, with a few tweaks to the ergonomics. However, one of the biggest changes is the addition of a touchpad in the center of the controller, as well as a new dedicated Share button, which will allow you to instantly share gameplay clips with friends without a lot of friction getting in the way. 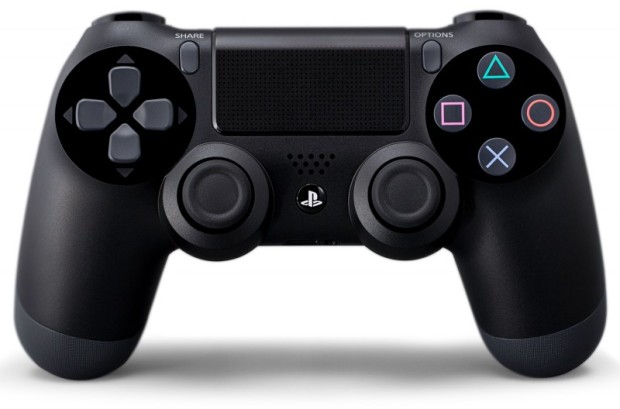 The analog sticks are slightly redesigned and the two handle grips are a bit longer than the previous DualShock 3 controller, but other than that, the DualShock 4 keeps the same button layout as before. The DualShock controllers haven’t been all that comfortable to hold, and Sony has kept the same design around since the original PlayStation, but the DualShock 4 finally seems to be the improvement that we’ve all been waiting for.

The PlayStation 4 launches on November 15, which is just a week before Microsoft is planning to release the Xbox One. Both consoles will go into the holiday shopping season as two of the most-wanted items on everyone’s wish list, and the competition will definitely be at an all-time high this year, thanks to the two new consoles.

The PlayStation 4 will cost $399, while the Xbox One will be priced at $499. There’s been a lot of controversy over the $100 difference in price, but Microsoft says that the extra $100 you spend on an Xbox One will be worth it, and we think many Xbox gamers will agree.