It looks like Sony’s days of hinting that Microsoft’s Xbox One is less of a gaming powerhouse because of its extras are coming to an end. The company has now confirmed that PlayStation 4 users can expect voice and gesture control like their Xbox One counterparts.

The company confirmed the coming features during its press event at this year’s Tokyo Game Show. According to Extreme Tech, Sony’s console will use an upgraded version of the PlayStation EyeToy, dubbed the PlayStation 4 Eye, to allow users to manipulate on-screen objects and control the console with their voice.

This upgraded version of the PlayStation Eye includes two cameras and four directional microphones so that it can pick up any movements or sounds in a given room, also mirroring the hardware that’s included in Kinect Sensor for the Xbox 360. 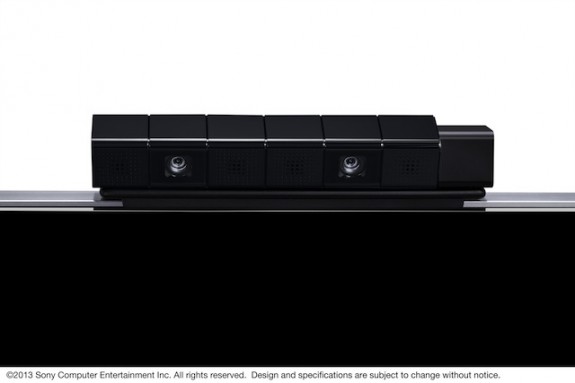 So far, Sony executives have confirmed that the device will enable many of the same features as the Kinect for Xbox One, including facial recognition. However, unlike that device, the PlayStation Eye won’t be included in the box with every PlayStation 4, instead users will need to pay another $59.99 for the add-on. That’s on top of the $399.99 users will already need to pay for the console. For comparison, the Xbox One will cost users $499, but include a next-generation Kinect.

According to early reports, Sony had actually planned to include this device in the box with its next-generation console but scrapped the idea in favor of lower-introductory costs for users and bragging rights with “hard-core” gamers.

Since announcing the PlayStation 4, Sony has continued to position its console as the only next-generation device that focuses on hard-core gamers without fluff. This past weekend’s announcement would seem to fly in the face of that message.

As the device isn’t included in the box with the PlayStation 4 it’s possible that PlayStation Eye functionality will remain just as low-key as the PlayStation Move add-on Sony pushed during the PlayStation 3’s heyday. Without a consistent, sizable hardware footprint, game developers and casual gamers have almost no reason to adopt the add-on.