With Nokia’s new Lumia series of Windows Phone 8 devices, which includes the Lumia 920, Lumia 820, Lumia 810, and Lumia 822, Nokia had introduced the world to its hyper-sensitive capacitive touchscreen, which works with gloves and would be a great companion to those living in colder climates that necessitates wearing gloves outdoors. The feature works as advertised and is a great benefit to the phone. I’ve been testing the T-Mobile USA Lumia 810 and the flagship AT&T Mobility Lumia 920 for the last few days–review to come shortly–and have thoroughly enjoyed the super sensitive touchscreen. However, one thing to note is that an unintended side effect is that pocket dialing may be a not uncommon occurrence for those who slide their Lumia Windows Phone 8 smartphones into their pockets. 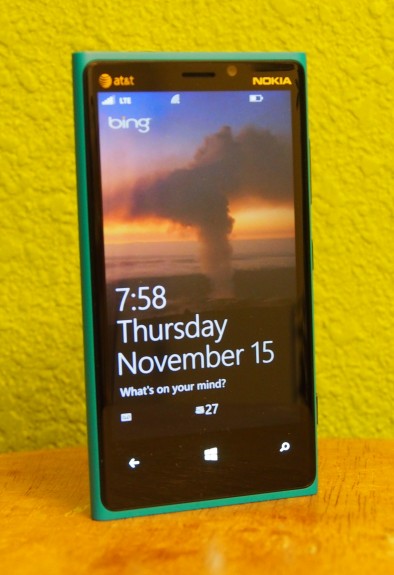 Pocket dialing is an issue that’s more common with feature phones with protruding buttons that can get depressed when the phone gets shuffled around in one’s pocket. Since the iPhone debuted with a capacitive touchscreen, the issue has become less common due to the fact that capacitive touchscreen requires the conductivity of human skin to work. However, the issue of pocket dialing is now re-surfacing as Nokia, which employs a super sensitive touchscreen manufactured by Synaptics, no longer requires direct skin to glass contact for the touchscreen to be activated. As such, if the screen is on, or if the phone is unlock in a pocket, the potential of accidentally activating various components of the Lumia–including the phone function–is there.

To combat this, users can do a number of things to minimize the chances of pocket dialing: