At CES Canon announced its new PowerShot N, a very small camera that can fit in almost anyone’s pocket.

The new Canon PowerShot N is a small camera that looks like the icon for Instagram with fewer colors. The camera is so small that it doesn’t even have a traditional shutter button. Instead the button is on a silver ring around the camera lens. The zoom on the PowerShot is also placed on a ring near the lens of the camera.

The Canon PowerShot N has a small sensor to go along with its size, but it can still take 12.1MP photos. The new diminutive camera can also shoot 1080p video with a dedicated video button. Users can also zoom while shooting videos. 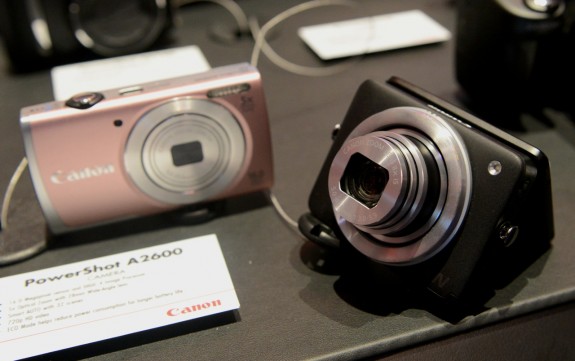 Because of its size the Canon PowerShot N has no physical controls on the back. Instead users interact with the phone via the 2.8 capacitive touchscreen on the back. The screen can also fold up to a 90 degree angle, which is perfect for taking photos of pets and children with kneeling down to eye level with a cat or a crawling baby.

To make sharing photos from the PowerShot N easier, Canon built Wi-Fi into the camera as well as a “Mobile Device Connect Button.” The button lets users connect the camera to their Android phone or iPhone to instantly share photos between the devices.

The connection also lets users control a few functions of the camera from their smartphone. That includes viewing and sharing photos. Users can access every feature of the camera through their phone, however.

Canon didn’t announce a release date for the PowerShot N, but did estimate that it will cost $299.99 when it does go on sale. 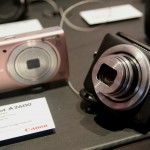 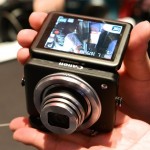 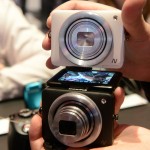