Pocketbook is getting to introduce five new eReaders at IFA next month that have a couple of features not found in readers made by bigger companies, including Amazon, Barnes & Noble and Sony. Apparently to Engadget, the ProBook 603 and 903 will feature a Wacom touchscreen and come with a pen. There’s no word on what you’ll actually be able to do with that pen, but it is a feature that could have a lot of potential. An eReader with such a screen could be very interesting for those who want to ink notes or mark up documents without getting a full-fledged Tablet PC. 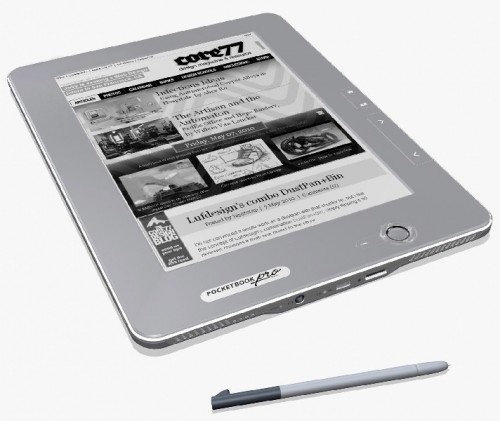 Pocketbook will also be releasing an entertainment eReader that comes with a color TFT display for watching videos.

All interesting stuff, but at some point an eReader is no longer an eReader.