Pokémon Go Release: What We Hope Is In The Game

With the new year comes a new assortment of games to get excited about. Traditionally, each year’s list of most exciting games includes titles for PCs and gaming consoles. Rarely does it include a new entry in Nintendo’s famed Pokémon franchise. Most gamers feel that the series has grown too stale thanks to years of resisting change.

2016 is different in that any compilation of exciting games has to include this year’s Pokémon Go release. Nintendo and partner Niantic are changing the dynamic between the creatures and the real world, blurring the line between feeling like you’re a Pokémon Trainer in a game and being a Pokémon Trainer in real life.

We know for sure that Nintendo and Niantic plan to launch Pokémon Go sometime within the calendar year. We also know that the we’ll capture Pokémon in the game by exploring in cities and towns around the world. In-app purchases will allow players to pick up the items they need to grow their team. Nintendo has even confirmed that users will get to battle the teams of other Pokémon Go trainers in their area.

Even still, there’s a lot that we don’t know. Until the two companies are ready to share more about the game information its fun to dream of what Pokémon Go will be like and what we hope will be in it.

When Niantic, developers of Pokémon Go, last spoke publicly about the game, they weren’t sure that Pokémon Go would even have a story. Theoretically, the game wouldn’t require one. Pokémon Go is for capturing, battling and trading Pokémon with other players on their smartphones. You don’t necessarily need a story to get that across.

That doesn’t mean that Pokémon Go shouldn’t have a story. Maybe we could journey through Johto and Kanto again. Maybe, we could get a new rival that’s more dangerous than any previous rival. Maybe that rival could be Mew Two or another dangerous, but legendary Pokémon. Beyond the core mechanics, the heart of the Pokémon franchise is its rather simplistic approach to story telling and the black and white character types that inhabit it. That struggle between doing what’s right and fighting off Team Rocket is essential to the formula. Pokémon Go needs a story and we hope it has one. 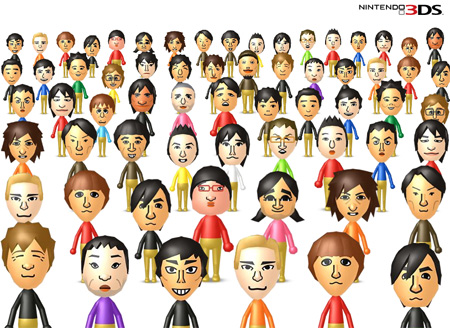 How cool would it be if Nintendo and Niantic took the Pokémon Go release as an opportunity to let us customize more than just our team of Pokémon? What if the game ditched the now too simplistic boy or girl choice and introduced true Trainer customization. Like with other RPGs, it’d add to the realistic feel of the game and the world that the tiny creatures inhabit. With small cash purchases users could pick up a new hat or a different backpack for their trainer, for example.

The Pokémon Company and Nintendo have been very careful in how they handle demand for new creatures. No single Pokémon game has ever held every creature. The first three titles forced users into trading with friends and family to collect every creature and complete their Pokedex. Other waves of the franchise have kept the tradition alive. Some industrious gamers simply opted to purchase multiple copies of the game in every color available then borrow a friend’s handheld console to snag the latest creature.

There’s no way that Nintendo and Niantic lets players of Pokémon Go get access to every creature that exists in the other games. Theoretically, such a move would ruin the structure of the Nintendo 3DS based games and give users less of a reason to trade or participate in the events that Niantic revealed in an interview late last year. What if when users started Pokémon Go they were able to choose a specific region to explore. That world would then dictate what Pokémon are made available to them as they walk around in the real world. Such a move would keep tradition alive while embracing the reality that comparatively few people who play Pokémon Go will invest in a Nintendo 3DS handheld console to capture other Pokémon from those games. That’s actually assuming that Pokémon Go will interact with the other titles in some way or another, which hasn’t been confirmed.

It’s entirely possible that Pokémon Go could be the biggest mobile gaming launch of all time. It certainly will be the most exciting Pokémon game to launch in recent years. What would you like to see in Pokémon Go?