There’s a new game set within the Pokémon universe that’s sure to give owner’s of Nintendo’s Wii U gaming console something to get excited about beyond the limited number of releases the company still has planned for it. This week the Pokémon Company confirmed the Pokken Tournament release date. Pokken Tournament is an arcade fighting game, with the characters and style of Nintendo’s world-famous franchise. It’s coming to the United States and more this coming March.

The Pokken Tournament release date was confirmed this week with an update to Pokemon website website. Pokken Tournament is unlike any Pokémon game available today on the Nintendo 3DS. Players aren’t catching the tiny creatures and training them to be better partners. Instead, Pokken Tournament is a pure fighting game in the spirit of Mortal Kombat and Tekken. The game was developed by Bandai Namco, a big player in the fighting game genre in its own right. The company is also responsible for the enormously popular Tekken. 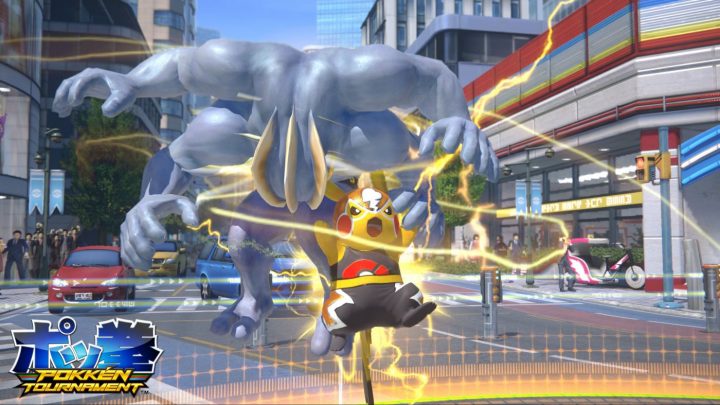 The Pokken Tournament release date is March 28th, the game’s updated website reveals. Like nearly all Pokémon games, this one will stick to Nintendo’s own Wii U; it won’t be coming to Microsoft’s Xbox One, Windows PCs or the Sony PS4. To be clear, Pokken Tournament debuted in Japanese arcades already.

Like other fighting games, successful Pokken Tournament players will need to hone their skills to win matches. Well-timed move combinations allow players to take out their opponents as fast as possible. That being said, Bandai Namco is aiming for something a little more casual than its usual fighting games. Players will be able to use their regular Wii U controller to manage their character instead of picking up an arcade stick style controller.  The game focuses more on the actual excitement of the matches than the minutiae that’s usually involved in fighting game, like exact timing and move chaining.

Wii U players will be the only gamers that can get their hands on characters Braixen and Garchomp.

In total there’ll be 14 different characters for Pokken Tournament players to try in the Wii U version of the game. Blaziken, Chandelure, Charizard, Gardevoir, Gendar, Lucario, Machamp, Mewtwo, Pikachu, Sceptile, Suicune and Weavile are all coming to the game in some way or another.

Like with the Super Smash Bros series of fighting games, some Pokémon will make their way into the game that aren’t entirely player controlled, but do aid them in some way. Mostly, these back up characters are present to provide some an advantage to defense or attack stats for the Pokémon that’s actually competing in the battle.

The game bundles these aid Pokemon in groups of two. Sinvy and Lapras, Emolga and Fennekin, Frogadier and Eevee, Jirachi and Whimsicott, Mismagius and Ninetales, Farfetch’d and Electrode, Togekiss and Rotom, Dragonnite and Victini, Croagunk and Sylveon, Pachirisu and Magikarp.

The Pokken Tournament website shows video of different characters using their elemental abilities to take each other on. The camera in the game moves dynamically as some Pokémon leap into the air to pull off their most powerful moves.

Unfortunately, there’s a lot that’s not available on the site just yet. We don’t know what game modes Pokken Tournament for Wii U will have. The My Town area listed on the website isn’t active yet either. We do know that Mewtwo will make its way to the game through a special Amiibo Card that comes with release copies of the title.