The images which were sent to WPDang, anonymously depict a device with Nokia’s now signature polycarbonate casing and bright yellow covering that, when viewed from the front looks nearly identical to the front of the Nokia’s current flagship, the Nokia Lumia 920.

However, the rear of the device has a huge hole in its shell, absolutely right where the Lumia 920’s camera is. 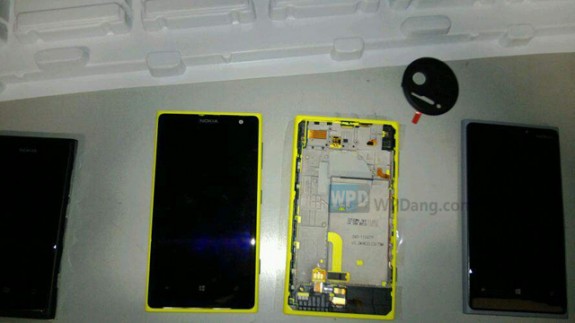 A picture of the front of what could be the Nokia Lumia EOS, sent to WPDang.com

Separate pictures also depict two dots located at the lower end of the device. These dots are nearly identical to the dots that exist on Lumia 925, which needs external shells in order to support Nokia’s wireless charging accessories. It’s possible that adding a larger PureView sensor – which is expected to boast possible shooting modes of up to 38 megapixels, simply left no space for the components needed to enable wireless charging on Nokia Lumia EOS out of the box. Despite the larger camera lens, the device seems to only be slightly thicker than the Lumia 920. 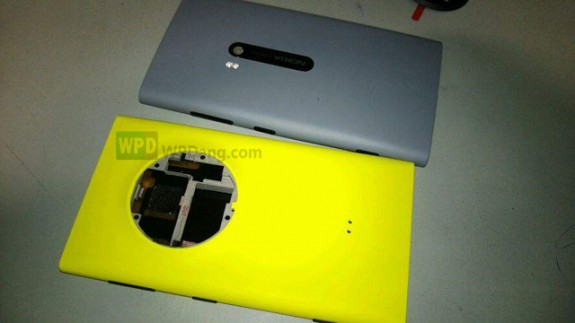 A picture of the rear of what could be the Nokia Lumia EOS, sent to WPDang.com

In another shot, the device’s round lens housing can be seen right next to the back of the device. In addition to having a rounded out area for what has to be the Nokia EOS’ camera lens, a small rectangular whole can also be see just to the left. That whole seems to perfectly fit the Xenon Flash design from the Nokia Lumia 928 that just went on sale in the United States on Verizon’s wireless network.

Xenon flash allows for even better pictures in taken in low-light than the LED lamp that the Lumia’s that proceeded it used. 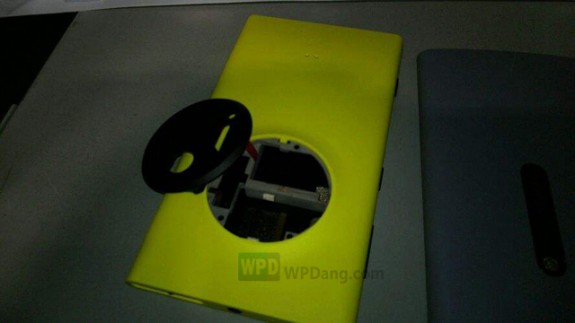 A picture of the rear camera housing of what could be the Nokia Lumia EOS, sent to WPDang

Last fall, we found the Nokia 808 PureView –the forefather to this device if recent leaks are true, to be the best camera phone we’d ever used. In fact, the only thing that really ruined the experience was the fact that it shipped using Symbian OS the operating system Nokia relied on prior to its partnership with Microsoft.

Just this week rumors surfaced that AT&T was already be testing out the Lumia EOS for use on its wireless network. Rumors have also indicated that users can expect Nokia to announce the Lumia EOS at an event sometime this July.